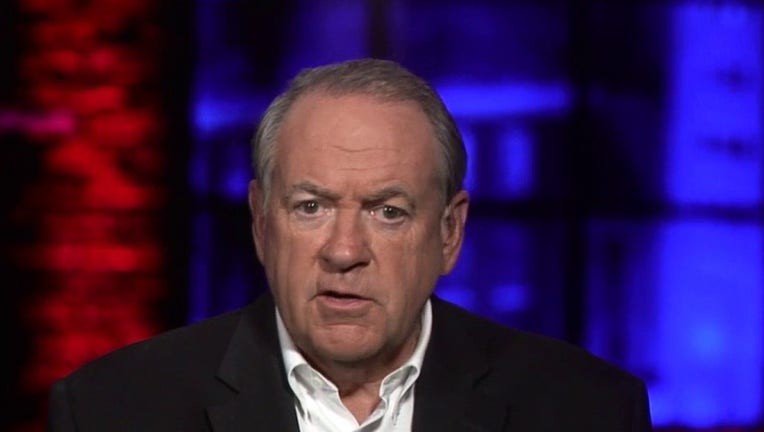 “Criminals are running wild” in several cities across the country, turning them into “absolute hellholes” amid an alarming spike in violent crime, former Arkansas Gov. Mike Huckabee said on “Outnumbered Overtime.”

Huckabee, a Fox News contributor, pointed out on Monday that “New York and Chicago have some of the most strict gun control laws in the world.”

“It's very difficult for private citizens to own a firearm in those cities and yet the prevalence of firearms among the criminals makes it very clear that somebody has decided they are just not going to follow the law,” Huckabee said.

He then asked, “Why should they?”

“They're not going to be held accountable for breaking the law and so the criminals are running wild and it's just a tragedy for great cities of our country to be turned into absolute hellholes.”

In Chicago, another turbulent weekend has left at least 10 people dead from gun violence and 60 injured – including at least 10 minors, police said.

New York City Mayor Bill de Blasio said on Monday, “I do think we saw some progress this weekend. We got a lot more we got to do, but at least we’re beginning to see progress from the combination of putting officers out in the places [with the] biggest impact in a pinpointed way and the growing presence of community members working with NYPD to stop the violence.”

“I don't know how Bill de Blasio could possibly say that things are getting better,” Huckabee said on Monday, noting the “350 percent increase in violent crimes” and “when places like Chicago and New York are more dangerous now than Somalia or Syria in the midst of a civil war.”

“I don't know where they come up with the idea that their cities are OK,” Huckabee said. “They're not OK.”