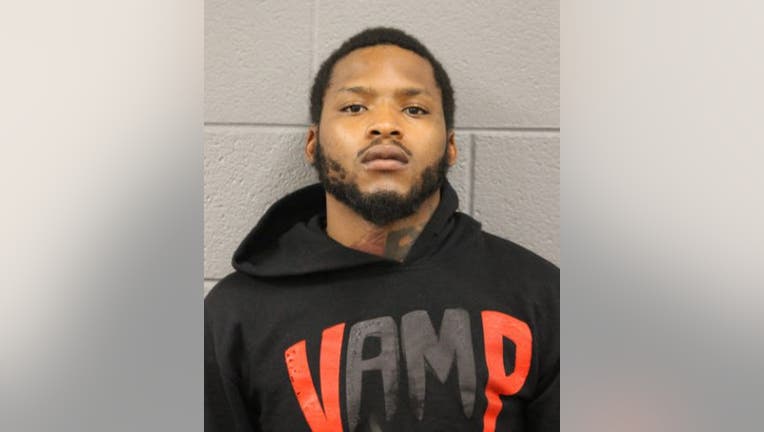 Travoy Johnson, 25, is charged with one felony count of attempted first degree murder in connection with a January shooting in Humboldt Park. (Chicago police)

CHICAGO - A 25-year-old Humboldt Park man has been charged in connection with a shooting in January in the West Side neighborhood.

Travoy Johnson shot a man while intervening in a fight between the man and a woman on Jan. 25 in the 1000 block of North Ridgeway Avenue, Chicago police said.

The man was shot in the leg and sought treatment at Saint Mary’s and Elizabeth Medical Center, police said. He was listed in good condition.

Chicago police arrested Johnson without incident on Monday in the 900 block of North Hamlin Avenue after he was identified as the shooter, police said. He has been charged with one felony count of attempted first degree murder.

Johnson is due in court later Tuesday.