PHOENIX - A man has been honored by the Phoenix Police Department for stopping the assault of a teenage girl in downtown Phoenix last month.

On February 1, a teenage girl was waiting for her boyfriend downtown near Roosevelt Street when a man approached her and reportedly began to assault her.

Surveillance camera footage shared by Phoenix PD showed the man walk up to her and grab her from behind.

That's when bystander Josh Jones took the suspect down and sat on him until police officers arrived, officials said.

Jones received a Citizens Award on March 22 for his actions.

"I just did what I thought was right," Jones said. 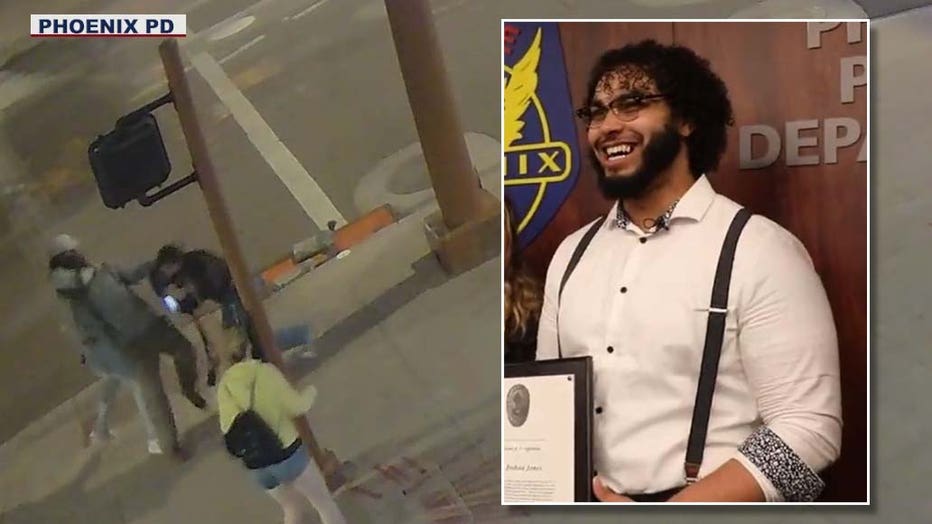 Josh Jones was honored by Phoenix Police on March 22 for saving a girl during an assault in downtown Phoenix.