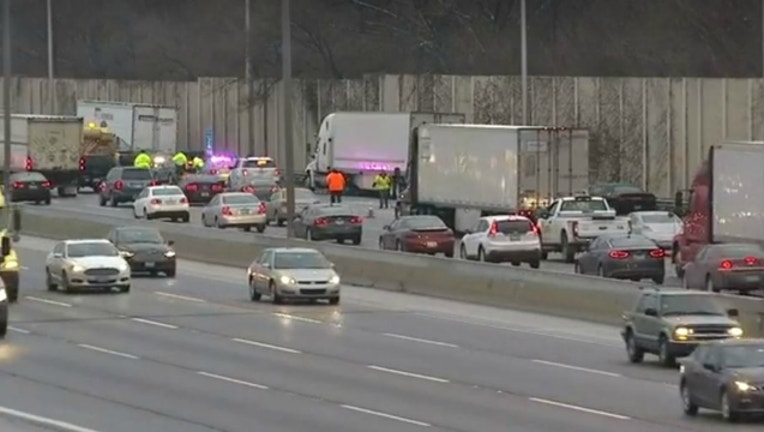 A winter weather advisory was in effect until noon for most of northern Illinois and Northwest Indiana as freezing drizzle added an icy glaze to sidewalks and roadways, according to the National Weather Service.

About 5:40 a.m., a crash on Interstate 294 near west suburban Burr Ridge killed a 38-year-old man when he lost control of his Ford pickup because of weather conditions and slammed into the rear of a semitrailer, Illinois State Police said.

Roadway conditions were cited as a factor in a south suburban Tinley Park crash that killed a person about 5:45 a.m. near La Grange Road and 175th Street when a semitrailer crashed into a car, according to police.

About 7 a.m., a 41-year-old woman was killed when she lost control of her SUV in North Aurora, crossed the center line and collided with a Pace bus, police said. The SUV then bounced back across the center line and was struck by other other vehicles.

Also Wednesday morning, a Whiting, Indiana man was seriously injured in a crash that left him pinned between two vehicles on Interstate 80/94 near Hammond, authorities said. The 47-year-old was standing behind his van on the shoulder of an entrance ramp when another driver lost control and slammed into the rear of his vehicle.

Between Midnight and 1 p.m. Wednesday, Illinois State Police District 5 troopers reported at total of 135 crashes on roadways in the southwest suburbs.

Cloudy conditions and temperatures in the low 20s are expected on Wednesday night, the weather service said.

On Thursday, sunny conditions and temperatures in the 40s are expected to move into the area.