A 13-year-old boy from Zion, Illinois has been placed into juvenile detention in Kenosha County – after he was found to have a weapon on him during an encounter with a Pleasant Prairie police officer.

PLEASANT PRAIRIE, Wis. - Video from the Pleasant Prairie Police Department shows the arrest of a young teen in possession of a loaded gun on Monday, Sept. 20.

Police Chief David Smetana said everything unfolded around 6:20 p.m. on Monday. As the officer talked to them, one of the boys said he was 18 years old and had no weapons on him – both turned out to be false.

"One of the individuals said he was 18. He didn’t look 18, so now you see the officer’s suspicion start to rise; the vehicle had out-of-state plates, it looks disabled," Smetana said.

The officer patted one of the three boys down and found what the boy said was a BB gun. The officer asked the other two boys to sit on a nearby curb. 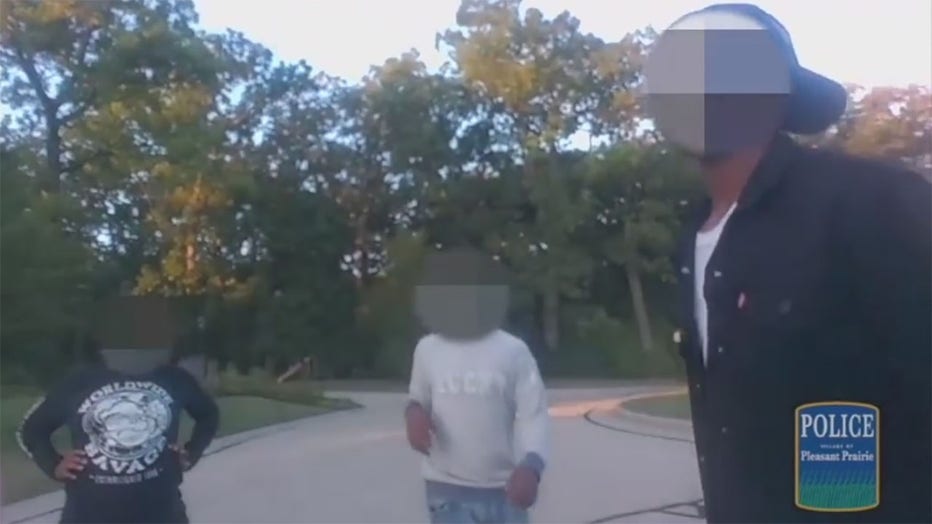 According to police, the officer did not find a BB gun. Instead, it was a loaded 9mm handgun – and that wasn't all. In a nearby bush, police found a backpack that officers said was placed there by the boys.

"Within that backpack was another loaded 9mm handgun and a 50-round drum magazine for a handgun," said Smetana.

The teen who told the officer was 18 years old turned out to be 13. The other two boys were 11 and 12 years old. All three of them were from Zion, Illinois.

Police later discovered the vehicle, which had run out of gas, was a rental car reported stolen out of Kenosha. The keys, Smetana said, were found in the 13-year-old boy's pocket. Additional ammunition was found inside the stolen car.

The 13-year-old was placed in juvenile detention. The younger boys were released to their parents.

Police encounter with 13-year-old IL teen who had weapon

Body camera video shows the encounter a Pleasant Prairie police officer had with a 13-year-old who had a gun on him.