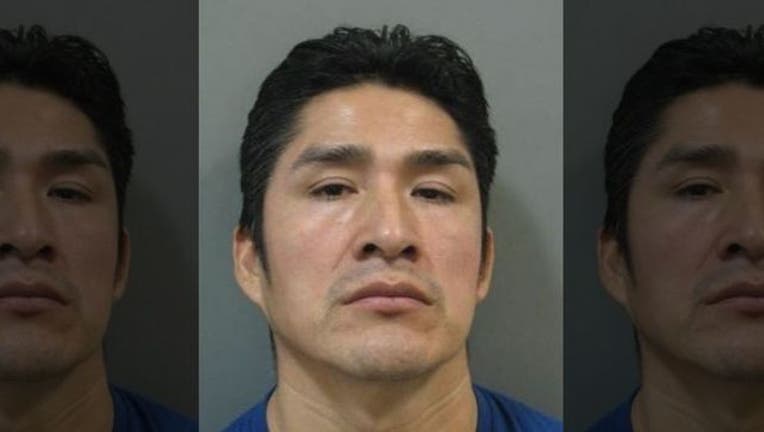 Reynaldo Mora, 41, was arrested in April after he was accused of raping and impregnating a non-verbal 13-year-old girl in Maryland. (Montgomery County Police)

FOX NEWS - An illegal immigrant in Maryland has been accused of raping a non-verbal special needs girl while he was supposed to be babysitting her at her home.

Reynaldo Mora, 41, was arrested April 19 in Montgomery County and charged with sex abuse of a minor, in addition to two counts of second-degree rape, according to WJLA.

Mora was reportedly babysitting the 13-year-old girl in February at her home in Kensington, where he allegedly forced the victim into having sex with him.

The girl, whom police said has the "intellect of a first grader" and can only communicate using "gestures and writing," tested positive when she took a pregnancy test in April, the news outlet reported. Staff at a nearby medical center confirmed she was 11-weeks pregant.

Mora reportedly was held for seven weeks at the Montgomery County Correctional Facility in Clarksburg after a district court judge denied his bond.

In May, his defense attorney filed a "motion to reconsider bond," and on June 1, Montgomery County Circuit Court Judge Steven Salant granted Mora a personal recognizance bond, according to the station.

The personal recognizance bond would've allowed Mora to leave jail without putting up money under a deal that he'd appear at future court appearances. However, due to a detainer from U.S. Immigration and Customs Enforcement (ICE), local law enforcement surrendered him to federal officials on June 6.

Jose Campos, Mora's defense attorney, told WJLA his client is innocent, and said Mora "willingly submitted to a DNA test and he is hopeful that this DNA test is going to clear everything."

Results for a paternity test were still pending, according to the report.

Mora is scheduled to appear in Montgomery County Circuit Court in October for a three-day trial. He reportedly faces up to 60 years in prison.