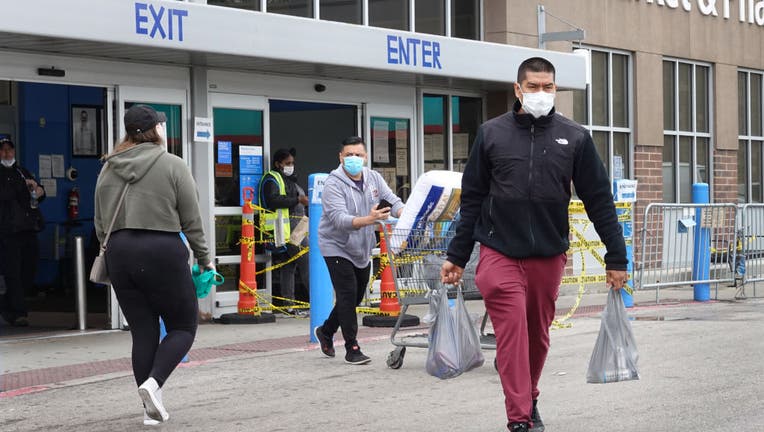 SPRINGFIELD, Ill. - Illinois’ death toll from the coronavirus pandemic topped the 5,000 mark on Wednesday, and officials announced an Army Reservist from suburban Chicago had become the third member of the U.S. military to die from COVID-19.

In hard-hit Cook County, officials announced that the medical examiner’s office has already investigated more deaths this year than it handled in all of 2019.

Zamudio was assigned to the 371st Theater Movement Control Element in Fort Sheridan, officials said. He is survived by his wife, Carina Zamudio-Ramos, and a daughter.

The state is preparing this weekend to further loosen restrictions on social interaction intended to slow the virus, entering the third phase of Gov. J.B. Pritzker’s “Restore Illinois” plan. The Democrat announced an increase of 1,111 cases of the disease caused by the coronavirus, the lowest one-day jump since April 6 and the third straight day of fewer than 2,000.

The decrease has come as the state increases testing, including 17,000 results reported Wednesday. The Illinois Department of Public Health began reporting online a “recovery rate” —currently 92% — to reflect the share of cases that are resolved.

“What we’re trying to do is to make sure that people understand that when you get COVID-19, it’s not a death sentence,” Pritzker said at his daily coronavirus briefing from East St. Louis.

The 160 deaths represent the third-highest total since the pandemic hit Illinois, pushing the total to 5,083. There have been 114,306 total cases.

The state’s hot spot has been Cook County, home to Chicago. County Board President Toni Preckwinkle said the medical examiner’s office has investigated the manner and cause of 6,600 deaths this year, a 5% increase over the 6,274 deaths reviewed in all of 2019. More than half of this year’s total was related to COVID-19, she said.

With nearly 804,000 coronavirus tests, one of the keys to following and containing the spread of the virus, Illinois is fifth among states in tests conducted. That number includes just tests for the virus, not so-called serology tests, which check for antibodies indicating a person previously had COVID-19, Pritzker said.

The Associated Press reported last week that some states and even the federal Centers for Disease Control and Prevention have been lumping results of the two tests together, rendering interpretation difficult. And the CDC has posted an online notice that current antibody tests are wrong more than half the time.

Illinois officials are separating serology tests from virus tests and trying to determine which are accurate, Pritzker said. Meanwhile, hopes for using serology test data have lost their appeal since experts have determined that contracting COVID-19 does not ensure immunity.

“It’s still not proven that if you have the antibodies that you can’t get it again ...,” Pritzker said. “So we put those aside. We’re looking at trying to keep keep people from getting COVID-19 in the first place.”

The ease with which the virus can be transmitted prompted Pritzker to close schools and nonessential businesses in March and issue a stay-at-home order that he has since extended twice through Friday. With the number of new cases reported daily stabilized and possibly dropping, Illinois will enter the third of five “Restore Illinois” phases Friday, with the reopening of manufacturing and retailing, outdoor dining at restaurants and gatherings of 10 or fewer people wearing face coverings.

Zamudio’s death follows the March death of Capt. Douglas Hickok of the New Jersey Army National Guard, before his unit was mobilized. The next month, Navy Chief Petty Officer Charles Robert Thacker, Jr. assigned to the USS Theodore Roosevelt, died after testing positive for the virus.