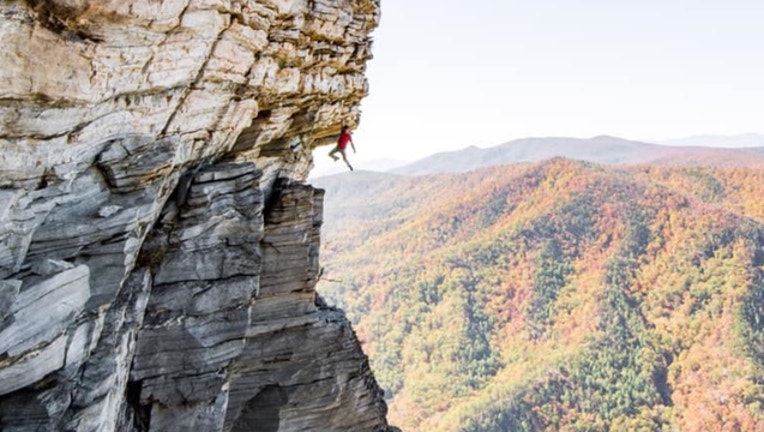 MORGANTON, N.C. (AP) - Emergency officials say a rock climber has died in an 80-foot fall on Shortoff Mountain in North Carolina, where he was apparently "free climbing" without protective gear.

Burke County Emergency officials said other climbers tried to resuscitate 31-year-old Austin Howell of Chicago while emergency crews rappelled down to his body. He was pronounced dead at the scene Sunday afternoon.

A statement from Emergency Management Director Michael says Howell was apparently not using ropes or a harness when he fell. Willis  also told the News & Observer the place where Howell fell was known as "one of the most difficult portions," of the mountain's Linville Gorge. He says they get up to 100 emergency calls from the area each year.