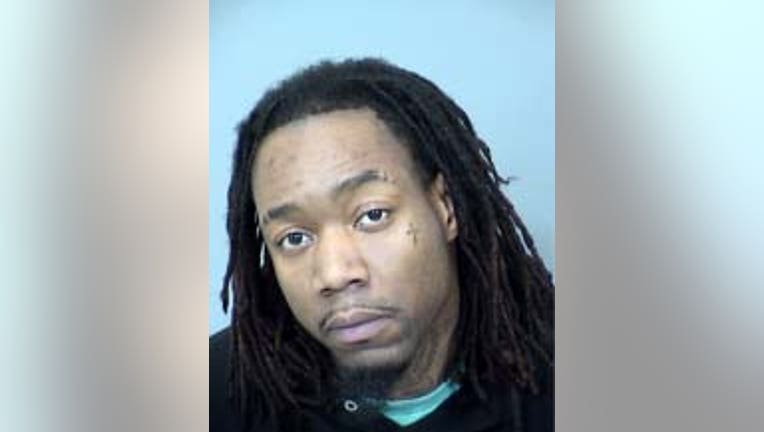 PHOENIX - A man wanted for murder in Illinois was arrested in Phoenix after authorities say he was pulled over for a traffic violation.

According to the Arizona Department of Public Safety, a trooper stopped a white Jeep Compass on Jan. 11 near 29th and Van Buren Streets for unsafe driving behavior and an equipment violation.

"During the traffic stop, the driver provided false identification and was subsequently detained," DPS said in a news release.

While he was detained, the trooper was able to identify the driver as 32-year-old David Arthur Cooper of Rockford, Illinois. Cooper was found to have an outstanding $5 million warrant for homicide.

Cooper was arrested and booked into jail, pending extradition to Illinois.

"No traffic stop is routine; in this instance, civil traffic violations led to the arrest of a potentially dangerous suspect," DPS said. "Troopers never know exactly who or what they will encounter in a workday."