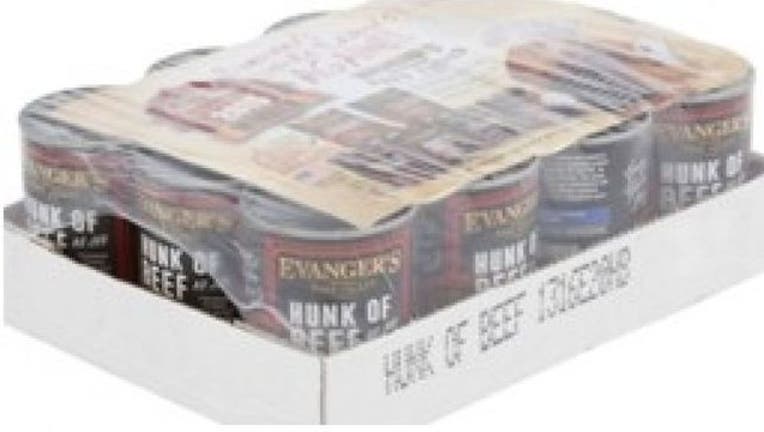 Evanger's Hunk of Beef product has been voluntarily recalled. (FDA)

FOX NEWS - The Illinois maker of a cat and dog food product issued a voluntary recall over a potential contaminant that could cause symptoms of illness and possibly even death. Evanger’s Dog & Cat Food issued the recall after pentobarbital was discovered in a sample of its Hunk of Beef Au Jus product, WSOCTV.com reported.

At least five dogs were sickened by the product, with one death being attributed to the bacteria. The company issued a statement assuring pet owners that its suppliers are USDA approved, and that the recall was issued out of an abundance of caution.