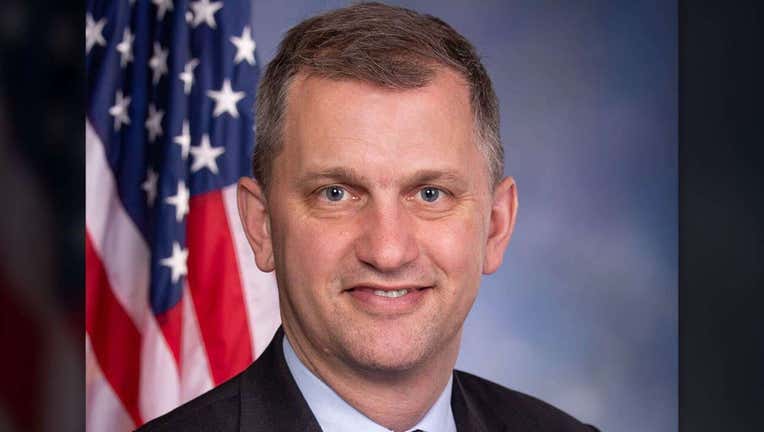 A video has emerged purportedly of Democrat Rep. Sean Casten calling supporters of President Trump “racist” and “loony” in a rap during an event last year.

Casten, a freshmen congressman representing Illinois’ 6th district, appears on a stage before a crowd, the video obtained by the Daily Caller shows. The outlet's report on Wednesday said the video was taken when Casten was playing with his band in Downers Grove, Ill., on Sept. 28, 2019.

“When I get angry, I write raps,” Casten can be heard telling the audience. “It’s kinda my thing. It’s not widely appreciated on Capitol Hill.”

He then breaks into a rap he says he wrote “on the last campaign.”

“There’s so many problems in the world today, and so many politicians are unwilling to say anything that might alienate their base but what do you do when that base is racist and science-denying and loony?” Casten raps in the video.

“Yeah I said it, so sue me yeah, cause a base that ain’t nothing but a lazy excuse,” he continues. “Made by a man who knows that his views got frozen in time ’bout 1962.”

Casten’s office did not immediately respond to Fox News’ request for comment.

The Daily Caller said the video was given to them by Casten’s congressional opponent, Jeanne Ives, who in turn received it from an anonymous person part of the Facebook group where the video was originally posted.

Ives has since posted about the video on Twitter, calling it Casten’s “most cringe-worthy attempt to stoke hate & division yet.”

"The video is important, however, because it shows the way Sean Casten and his supporters talk about those who disagree with him behind closed doors: ‘racists,’ ‘deniers,’ ‘looney,’” Ives wrote. “It’s a problem.”

“This isn't who the 6th District is,” Ives wrote. “But it is who Sean Casten is. On Nov. 3, we are confident voters will tell Congressman Slim Shady, ‘That’s a (w)rap.’”