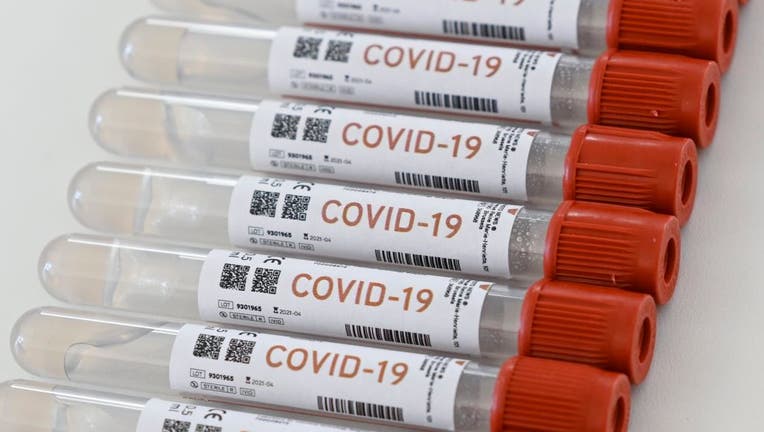 SPRINGFIELD, Ill. - Coronavirus cases shot up again Tuesday to 12,542, the highest in 11 days, and there were 125 deaths, Illinois public health officials reported.

After a short-lived downturn which saw new cases fall as low as 6,190 on Monday, the uptick came even before a new wave of COVID-19, the illness caused by the coronavirus, which officials predict is on its way, induced by a busy Thanksgiving week of cross-state travel and family gatherings.

Gov. J.B. Pritker confirmed at his daily COVID-19 briefing Tuesday in Chicago that the newly discovered infections were contracted as many as three weeks ago, and a Thanksgiving spike, if coming, is days away.

Deaths haven’t slowed in relative comparison, however, although the 125 recorded Tuesday accounted for just the second time in five days fatalities topped 100.

Health officials nationally have worried that holiday interactions travel and contact among family members from different households will push illness even higher than during November, the bleakest of the nine-month pandemic. Pritzker urged those who left home last week to get a COVID-19 later this week, unless symptoms appear, at which point a test should be a priority.

Dr. Ngozi Ezike, the state public health director, again urged compliance with precautions against tranmission — wearing face coverings over nose and mouth, keeping 6 feet away from others and washing hands frequently. But despite the expected December deluge, she spiced her pep talk with hope that vaccines which are nearing regulatory approval could be available soon.

“We’re close, and so we need us all to hang in there for this final stretch,” Ezike said. “We will continue the fight, but it will take all of us.”

While health workers critical to preventing and treating the virus could be vaccinated by month’s end, it will still be months before enough people are vaccinated — experts say as much as 70% of the population — to halt the spread and allow more social interaction. Asked whether it was misleading to tell people who might still be wearing masks in the spring that “we’re close,” Ezike said “close” is a relative term.

“We are in the month where we might actually have that vaccine; that should be seen as a significant milestone, getting us closer to the end,” Ezike said. “Yes, it will take time to get the population of Illinois vaccinated. This is not a one- or two-month process, that’s true, but I am looking for something to hold on to, and give people hope.”

Pritzker said the 116,081 test results in the previous 24 hours, nearly double what had been turned around for several days during the weekend, helped account for more cases. The state’s test positivity rate rose to 10.4% from 10.2%.

The number of hospitalizations has dipped slightly in recent days. There were 5,835 in hospital beds Tuesday, with 1,195 in intensive care. The most seriously ill — those needing ventilators to assist breathing — has remained steady at 721.

November was the second-deadliest month of the pandemic in Illinois, with more than 2,500 reported deaths from COVID-19, compared to more than 3,000 deaths in May.

Pritzker said a majority of Republicans in the U.S. Senate were moving on long-delayed pandemic-relief legislation to help the nation’s battered economy before Congress adjourns. He urged lawmakers to include more aid for bars and restaurants.

“Millions of Americans have lost their jobs because certain businesses, through no fault of their own, had to shut down or severely downsize because this virus can spread more easily in those settings than in others,” Pritzker said.

COVID-19 restrictions barring indoor food and drink service have resulted in steep revenue losses and closures, and Illinois owners of eateries and taverns have blamed Pritzker for picking on them and their livelihoods.

FOX 32 News and Sun-Times Media Wire contributed to this report.