CHICAGO - An Illinois State Trooper was injured when his SUV was struck on Interstate 94 while assisting a stopped motorist Sunday night.

The state trooper had pulled off on the right shoulder of southbound I-94 on the Steel Bridge about 6:53 p.m. to assist the motorist when his vehicle was rear-ended by a gold Chevrolet, according to state police.

Police said the trooper's SUV was fully marked, and its emergency lights were activated when the Chevrolet veered off the roadway and struck the vehicle.

The 73-year-old driver of the Chevrolet, Lillie Nelson of Dolton, was charged with violating Scott's Law, improper passing of an emergency vehicle causing injury to another, operation of an uninsured motor vehicle causing bodily harm and passing a vehicle while on the shoulder of the road. 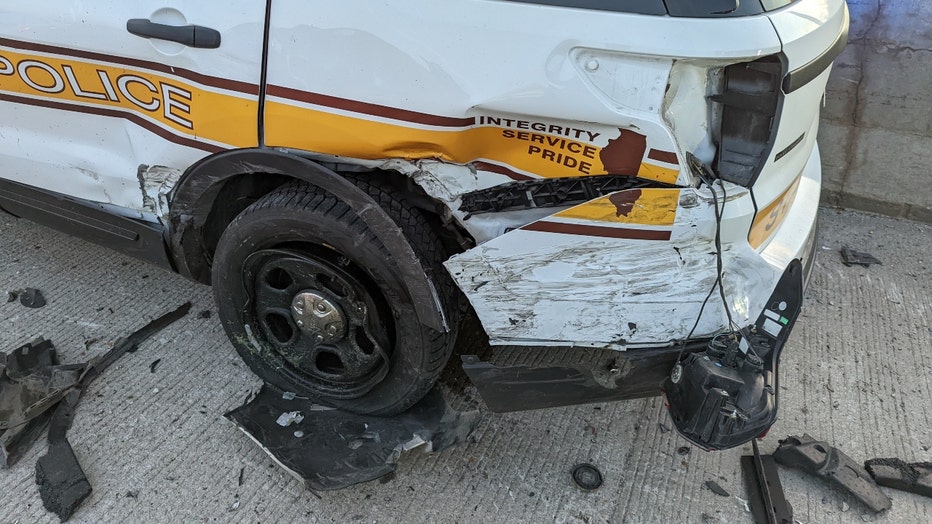 The trooper was transported to an area hospital with non-life-threatening injuries. He was treated and released.

Anyone in violation of Scott's Law faces a fine of between $250 to $10,000 for a first offense, state police said. If the violation results in injury, the violator's driver's license can be suspended for six months to two years.

So far this year, 10 Illinois State Police squad cars have been struck in relation to Scott's Law and five troopers have sustained injuries from those crashes.