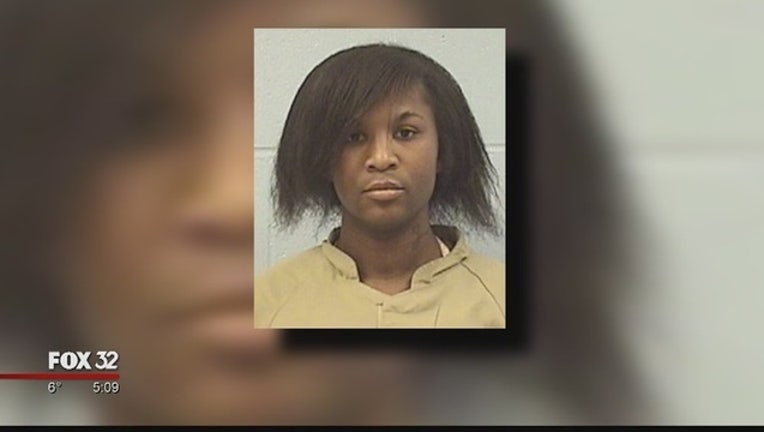 CHICAGO - A transgender woman who was battling the Illinois Department of Corrections over alleged abuse while she was incarcerated has been released from prison, officials said Tuesday.

Deon "Strawberry" Hampton of Chicago, who was serving a 10-year sentence for burglary, was released Monday from Logan Correctional Center outside Lincoln, Illinois.

Hampton was incarcerated in April 2015 and the Corrections Department projected she would be released in July 2021.

Hampton was incarcerated at correctional facilities for men before being transferred last year to Logan, a facility for women. She alleged she was repeatedly the victim of sexual assault, taunting and beatings in male prisons.

IDOC transferred Hampton to Logan after a federal court found Hampton had a strong case that her equal-protection rights were violated.

"Being in prison, transgender (people) have no rights to their body," Hampton told public station WBEZ, which first reported her release. "They have no right or opinion to anything. What we are told in prison is we are animals."

In court filings, the IDOC cast doubt on Hampton's gender identity - alleging Hampton in initial sessions with prison health workers never claimed to be transgender and, in the words of one filing, "was OK with being male."

Hampton said she was due to be released from prison in February, but she said officers retaliated against her for reporting the alleged abuse by revoking her good conduct credit. She said that effectively lengthened her sentence. Hampton has two ongoing lawsuits against the Corrections Department.

"I think it was a combination of having those two lawsuits, our clemency petition, our consistent advocacy," that led to IDOC restoring her good time, Attorney Vanessa Del Valle of the MacArthur Justice Center told WBEZ. "I think it just all came together."