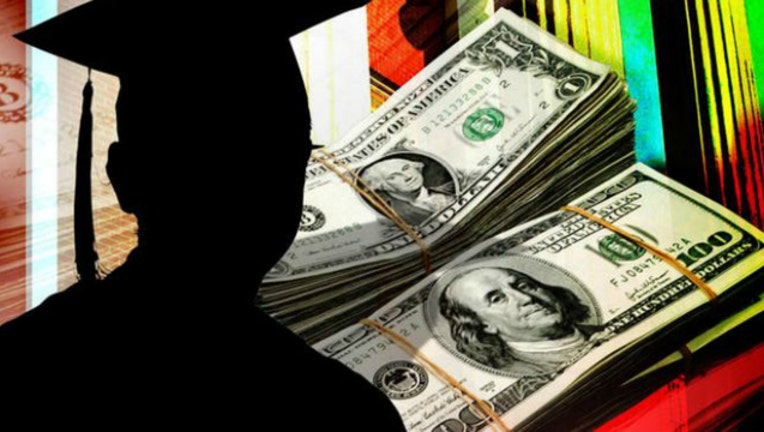 SPRINGFIELD, Ill. (AP) - Laura Vivaldo considers herself fortunate among her Illinois college classmates who are in the U.S. illegally and struggle to pay tuition because they don't qualify for state or federal financial aid.

The 24-year-old Elgin resident has worked full-time at a restaurant and grocery store while attending college to help pay her tuition, and she has received help from privately funded scholarships. In all, it will take her eight years to complete her education.

"I actually know of more students from my community college that have either discontinued their education or dropped out," Vivaldo said.

A measure pending in the Illinois House would make the state among the few in the country to let immigrant students get financial aid regardless of their legal status. The bill cleared the Senate this month with bipartisan support.

"We've given these young men and women already an education. We've already invested in them. Why stop at the university level?" said Sen. Iris Martinez, a Chicago Democrat sponsoring the bill.

California, Minnesota, New Mexico, Oregon, Texas and Washington already give state financial aid to students illegally in the U.S., and 18 states, including Illinois, also allow those students to qualify for in-state tuition.

The proposal is geared toward helping students such as Vivaldo, who was 3 months old when she and her teenage mother moved from the Mexican state of Puebla to the Chicago suburbs to be with her father.

The privately-funded scholarships Vivaldo received have helped her first attend Elgin Community College and now Northern Illinois University, where she is studying political science. But the help, which has ranged from $500 to $2,000 scholarships, hasn't been enough to cover all her tuition. She said it's cost her about $15,000 for a year of study at NIU, where she expects to graduate next year.

Critics of the proposed legislation argue students in the country illegally shouldn't receive a benefit that would otherwise go to U.S. citizens, who also struggle to pay for school.

"I care about people as much as anybody else does," said Okawville Republican Sen. David Luechtefeld, who voted against the bill. "My concern was that if you voted for it you would have several hundreds of people who were not citizens getting scholarships, but if you do that you would have hundreds of citizens who are not getting those scholarships. It's a tough call."

Senate GOP Leader Christine Radogno was among two Republicans who voted for the bill. Catherine Kelly, a spokeswoman for Republican Gov. Bruce Rauner, said the bill was under review.

If the legislation passes, an estimated 1,500 students would benefit. A total of 144,000 students attend Illinois' four-year colleges, which would be the only higher-education institutions covered with the bill. No additional state money would be required because the immigrant students would be competing for the same aid as everyone else.

To qualify for financial aid and scholarships, immigrant students would have to graduate from an Illinois high school and sign an affidavit stating they're pursuing or will pursue legal status in the country. They would not be able to access grants the state gives to low-income students and they would not be eligible for any federal aid.

Illinois' 4-year colleges and universities are supporting the bill.

"Colleges and universities are geared to educate our young adults and help them transform their lives. We shouldn't' leave any groups behind," said Tom Hardy, spokesman for the University of Illinois system. "These are students that have matriculated through our kindergartens and high schools."