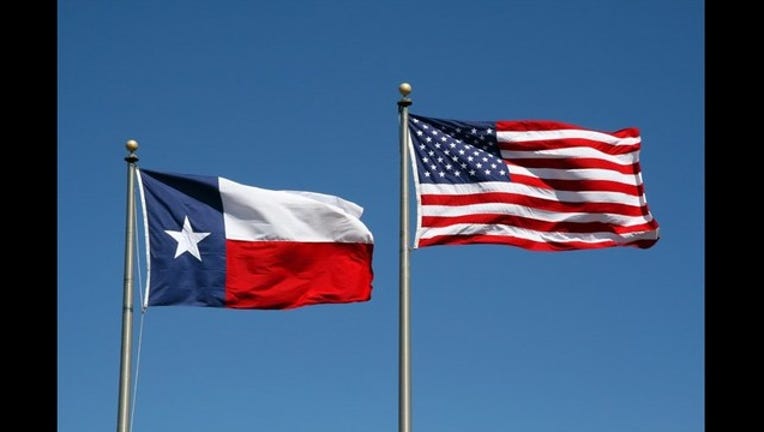 FOX News -- Immigrant parents living in Texas without proper identification papers are suing the state for withholding birth certificates from their American-born children, in a tricky case that pits Texas' strict ID laws against the 14th Amendment of the Constitution.

The suit was filed in May in U.S. District Court in Austin by a group of Mexican citizen parents living in Texas. The suit claims the state refused birth certificates for 23 children because the parents could not provide the proper photo identification under state law.

But the parents argue Texas is, in doing so, violating the 14th Amendment, which guarantees citizenship to anyone born on U.S. soil regardless of their parents’ status.

The lawsuit does not outright say the parents are illegal immigrants, but strongly suggests it -- at one point alleging the state is denying their kids birth certificates due to their "immigration status."

“We’re trying to resolve this issue once and for all,” Efren Olivares, the plaintiffs' lawyer who also works with the Texas Civil Rights Project, told FoxNews.com. “Our two main objectives: obtain birth certificates for the 23 children and to obtain a clear statement from the state agency as to what people in this situation will have to produce in the future to get their birth certificate.”

The concept of birthright citizenship is controversial in its own right, with illegal immigration foes concerned that undocumented parents are having children inside the U.S. to help the entire family stay in the country.

But the right is nevertheless enshrined in the Constitution. Yet some illegal immigrant parents in Texas have had trouble getting a birth certificate for their kids because they themselves lack the right papers.

In 2013, local jurisdictions stopped accepting consulate cards, called “matriculas,” under state pressure. Immigrants had been able to get matriculas from their home country’s consulate in the state, but since have had to show their foreign driver’s license or border ID card as primary verification. Passports without U.S. visas don’t count.

Advocacy groups point out that many illegal immigrants don’t have these documents and going back home to get them would probably mean they couldn't return.

The state, however, says that blocking matriculas is just a matter of enforcing its own rule.

“Texas has never accepted the consular ID’s,” said Chris Van Deussen, press officer for the Texas Department of State Health Services. “Birth and death records are filed at the local registrar … so while we’ve never accepted them at the state level, I cannot say that every registrar rejected them.”

Van Deussen emphasized that matriculas weren’t secure forms of identification. He said “the issuer doesn’t verify data or documents that go into them.”

The purpose of enforcing the ID rules is in part to ensure parents are who they say they are. Van Deussen said while the agency is committed to getting people the documents, they also have a duty to ensure people provide valid information to prevent fraud and ID theft.

“This is not a policy that’s based on anybody’s immigrant status, it is based on the ID a person can present.”

The suit claims that potentially thousands of Mexican and Central American parents have been denied birth certificates for their children. Families need certificates to register their children in school or enroll in appropriate health insurance and government programs.

Olivares said that children can be denied benefits over certificates, and that even churches sometimes don’t baptize children without their form. Some parents have been unable to get the certificates for several years, according to an NPR report.

Texas’ ID crackdown coincides with a boom in Central American children being born in the state. Last year alone, more than 55,000 families came to the U.S. from Central America. Three-fourths of them went to Texas, according to the Los Angeles Times.

Jennifer Harbury, another lawyer for the plaintiffs, said Texas’ certificate denials are politically motivated. She told the Los Angeles Times that they're part of the pushback to the Obama administration’s 2012 deportation protections and 2014 proposals to protect immigrant parents with American-born children.

Texas’ attorney general is expected to respond to the lawsuit in the coming weeks.