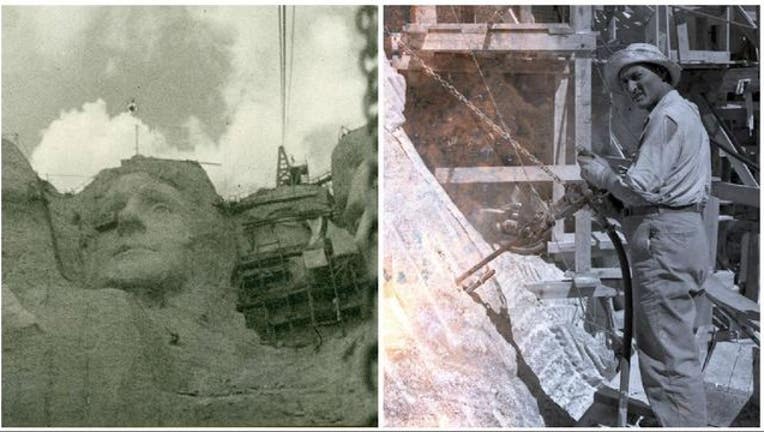 KEYSTONE, S.D. (AP) - The chief carver of Mount Rushmore who was responsible for refining the expressions on the faces of the monument's four presidents was honored Saturday with a plaque that recognizes his work.

Luigi Del Bianco was an Italian immigrant and stone carver whose job included the challenging tasks of sculpting Jefferson's lips and Lincoln's life-like eyes. With the help of Del Bianco's descendants, the National Park Service unveiled a bronze plaque Saturday in his honor. It will be on display at the Lincoln Borglum Visitor Center.

Del Bianco began working on the sculpture in 1933 and returned to it in 1935. When he was designated chief carver, Mount Rushmore designer Gutzon Borglum wrote: "He will have complete charge of the practical ways and means of dealing with the finesse of carving and instructing the other carvers ."

Almost 400 people worked on Mount Rushmore during 14 years of construction. The National Park Service said workers hoisted others up and down the face of the mountain, drilled, hammered, carved and blew up rock to construct the memorial, which draws more than 3 million visitors from around the world each year.

Park Superintendent Cheryl Schreier said in a statement that the park is proud to recognize Del Bianco's contributions and "his story highlights the artistry embodied in this iconic tribute to our nation's history."

Del Bianco talked about carving Lincoln's eyes in a 1966 interview with the Herald Statesman in Yonkers, New York.

"I could only see from this far what I was doing, but the eye of Lincoln had to look just right from many miles distant," he said. "I know every line and ridge, each small bump and all the details of that head (Lincoln's) so well."

He also told the newspaper: "I would do it again, even knowing all the hardships involved. ... It was a great privilege granted me."