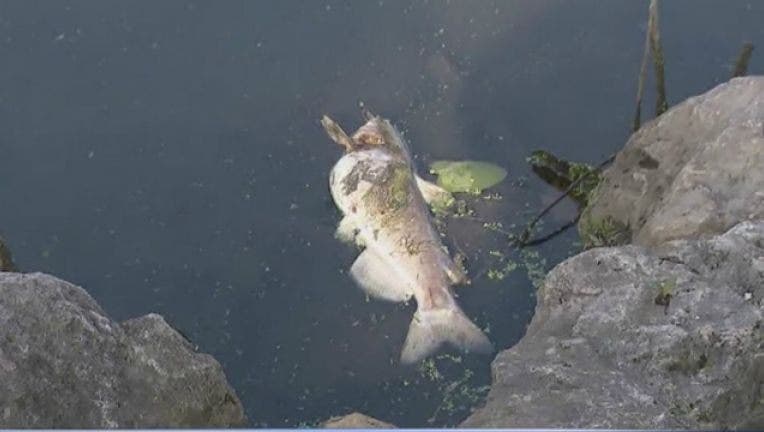 PORTAGE, Ind. - The state environmental agency said a northwestern Indiana steel mill knew it was leaking dangerous chemicals into Lake Michigan but failed to report the spill or act quickly to mitigate the risks.

The cyanide and ammonia spill in August at the ArcelorMittal plant in Burns Harbor closed beaches and killed nearly 3,000 fish.

The Indiana Department of Environmental Management announced this week that the steel mill didn't report the Aug. 4 malfunction for days, by which time ammonia-nitrogen levels in the water had spiked.

Then on Aug. 11, the facility experienced a problem with its blast furnace recycling system, which resulted in the release of cyanide and ammonia-nitrogen into the East Branch of the Little Calumet River.

The company, which has apologized for the spill, says it doesn't fully agree with the department's conclusions, but that it's working with regulatory authorities to address the issues.

"We take our compliance obligations seriously and are committed to working to regain the trust of the local community," the Burns Harbor plant said in a statement.

IDEM reported that the releases "posed a significant danger to human health or the environment and constituted reportable spills."

ArcelorMittal is required by its permit to notify the Department of Environmental Management, or IDEM, within two hours of discovering any potential release that could pose danger to human health and the environment.

But Burns Harbor failed to provide timely notification, according to IDEM. In fact, IDEM inquired about wastewater discharges on Aug. 12 and 14, but the steelmaker did not share screening results of cyanide issues in the water or coming into the treatment plant.

The agency said that an environmental engineer from the plant even suggested that other companies could be at fault, but there was no evidence to support the claim.

"The report reveals a remarkable level of disrespect on ArcelorMittal's part for public safety, wildlife impacts, and IDEM's regulatory authority," said Bowden Quinn, director of the Sierra Club Hoosier Chapter. "I hope the department comes down hard on the company for this flagrant disregard of proper operating procedures."

The department says the steelmaker committed seven permit violations and that fines are being determined.

Howard Learner, executive director of the Environmental Law and Policy Center, said the steel mill should be held accountable for more violations than what is mentioned in the report.

The center and the Hoosier Environmental Council, another environmental group, plan to bring a Clean Water Act enforcement lawsuit against ArcelorMittal for more than 100 permit violations.

Chicago Mayor Lori Lightfoot and Chad Nelsen, the CEO of the environmental group Surfrider Foundation, criticized the response from state and federal agencies.

"The State of Indiana issues these permits and is supposed to oversee compliance, and U.S. EPA is supposed to oversee the State of Indiana, but neither is sufficiently regulating the permitted to protect Lake Michigan, its beaches, and the public," they wrote in an October letter to the U.S. Department of Justice's Environmental and Natural Resources Division, U.S. Environmental Protection Agency and IDEM.