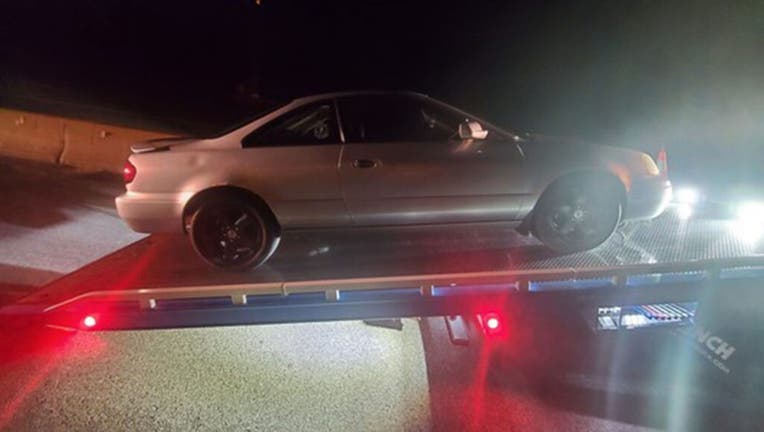 (FOX NEWS) - An Indiana man who told police he didn't believe their cruisers would catch his 2002 Acura was arrested after leading officers on a 140-mph chase on Thursday morning.

Dino Lorenzo Gagliano, 20, of Dyer, Indiana, was reportedly clocked going at least 116 miles per hour by trooper William Carlson who was sitting on the shoulder of Interstates 80/94 in Indiana around 2:30 a.m. in Lake County, Ind. The speed limit in that area was 55 miles per hour.

The 2002 Acura increased in speed as the officer pulled out to catch up with Gagliano, eventually reaching 140 miles per hour as the car weaved in and out of traffic, passing cars on the outside shoulder on multiple occasions, according to Indiana State Police.

The driver was finally taken into custody as his car stopped at the 13.5-mile marker. No one was reportedly injured during the chase as traffic was light, authorities said.

After his arrest, Gagliano stated he was worried about his license, which happened to be suspended and was surprised when Carlson caught up with him so quickly. He believed Indiana State Police cruisers only had V6 engines when they are actually equipped with a V8 Hemi.

Gagliano was taken to Lake County Jail in Crown Point and booked on the various charges.