LAPORTE, Ind. - An Indiana woman charged in her husband’s fatal shooting used an axe to cut off his legs before trying to enlist her two teenage children in a failed plan to burn his remains, authorities said.

Thessalonica Allen, of LaPorte is charged with murder, abuse of a corpse and several other counts in the July 28 fatal shooting of her husband, Randy Allen. During the 34-year-old woman’s initial hearing Wednesday, the judge entered a not guilty plea on her behalf and appointed her a public defender.

In court documents, authorities say a Michigan man who has a child with Thessalonica Allen told police about the killing last Thursday, saying she contacted him claiming her husband had been beating their child.

When the man entered her apartment, she showed him her husband’s body in a closet and sought his help moving it to her vehicle, but he declined, saying he wanted to return home, The (Northwest Indiana) Times reported.

The man told officers that Thessalonica Allen threw a gun out of the car as she dropped him off at his Michigan home and told him "she had to shoot Randy because he was beating on her and the kids," the court documents state.

After police arrested Allen in LaPorte, a city about 10 miles (16 kilometers) south of the Michigan border in northwestern Indiana, she confessed to shooting her husband following a physical altercation and told officers "he beats me," the charges allege.

Officers later found her husband’s partially dismembered body inside a tote in their apartment.

"She then admitted she had to cut Randy’s legs off because she wasn’t able to fit him inside the tote," and had used an axe to remove the limbs, police said in court documents.

Her two teenage children told officers that they did not see any physical altercation on the day Randy Allen died. They said the day before he was killed, he was helping them do homework on a computer when he found a website their mother had visited, court documents state.

After he confronted Thessalonica Allen about the website when she got home, they argued and the children heard a loud bang, documents state. The children said they then saw Randy Allen on a bedroom floor and he asked them to call 911, but their mother ordered them not to do it and sent them to their room. 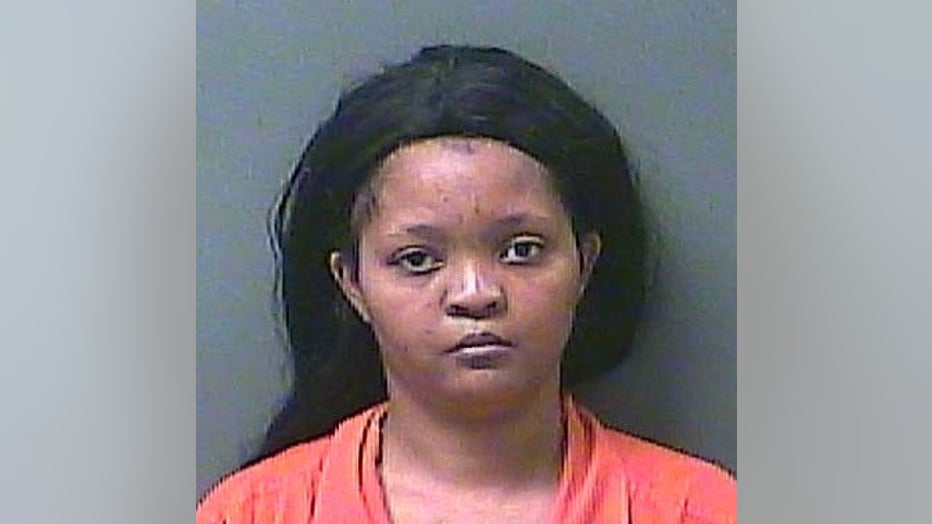 She later awakened them in the middle of the night to ask them for help dragging his body from the apartment to her vehicle, but it was too heavy for them to move, according to court documents.

The children said their mother came home the next day with cleaning supplies and an axe, and awoke them a second straight night, this time for help putting the body into a tote, according to the documents. They then noticed that his legs had been removed, documents allege.

The children said they and their mother made additional failed attempts to load the body into a vehicle. They told officers that their mother "had plans to take the vehicle and body to South Bend and set it on fire," the documents state.

Des Plaines Police Officer James Armstrong will not face charges for shooting a teenager while chasing a robber in Chicago. Tia Ewing reports.