Investigations into misconduct by Illinois lawmakers should be confidential and free of oversight, particularly from legislators themselves, the General Assembly's watchdog said Thursday.

SPRINGFIELD, Ill. - Investigations into misconduct by Illinois lawmakers should be confidential and free of oversight, particularly from legislators themselves, the General Assembly's watchdog said Thursday.

Carol Pope, the current legislative inpsector general, and two of her predecessors testified before a bipartisan commission studying ethics reform after a string of high-profile bribery and embezzlement charges against sitting legislators.

Pope said the integrity of the process was compromised because the Legislative Ethics Commission, which is composed of lawmakers, must approve opening a case. Julie Porter also repeated allegations that the commission had buried reports that confirmed misdeeds against legislators instead of publishing them.

Tom Homer was the first inspector appointed in 2004. Since he left in 2014 with an open letter calling the job a “toothless tiger,” critics have complained the inspector general, identified as “independent” in state law, is too weak to matter.

“If I have to go to eight legislators over whom I have jurisdiction to investigate to ask for permission to open an investigation, how independent am I?” Pope testified. “I am required ... to tell them what the allegations that I'm investigating are. When I do that, eight people know (the specifics of) what I'm investigating. And that is not right."

Porter stepped into the job in 2017 when legislative leaders faced with sexual harassment complaints were confronted with a three-year vacancy in the inspector general's office. She initially made accusations in a Chicago Tribune op-ed when she left the job last spring that the commission refused to publish two reports of proven allegations of lawmaker misconduct. 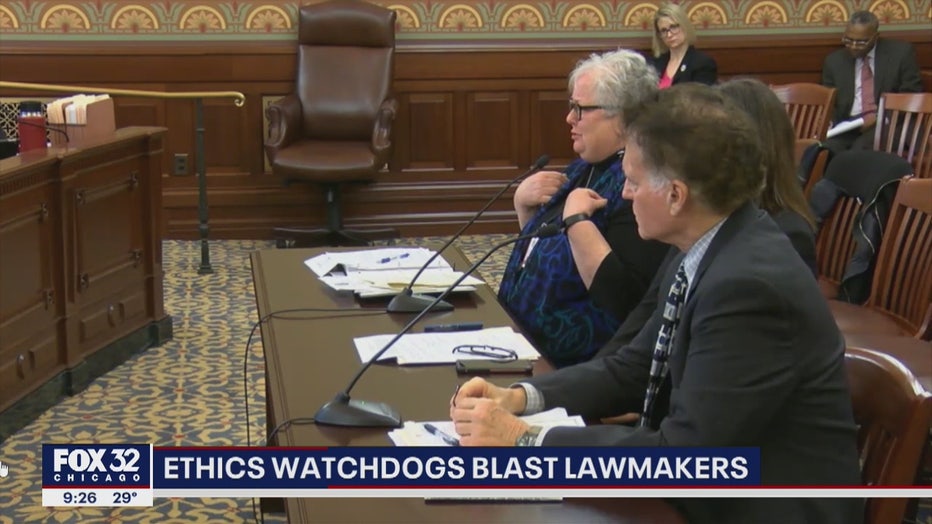 On Thursday, Porter said another case of “serious wrongdoing” had disappeared without explanation.

Porter also issued a warning to the commission: Loosen the reins on the inspector's investigatory powers or face great difficulty finding someone to fill the part-time position.

“No one would take this job because there's no point,” Porter said. “I tried very hard to do meaningful investigations to get to the bottom of things. It was a waste of time. Many of the things that I did have not been debated and assessed and discussed the way that they should be.”

Pope and her colleagues also argued for a law requiring legislators to declare conflicts of interest. Some states prohibit lawmakers from voting on issues that raise conflicts, but Pope said in a “citizens legislature” such as Illinois', there should at least be a clear process for making potential conflicts public.

Lawmakers in November took action to require greater disclosure from lobbyists but demurred on further ethics changes, assigning the task to the commission. The commission must make its recommendations by March 31.