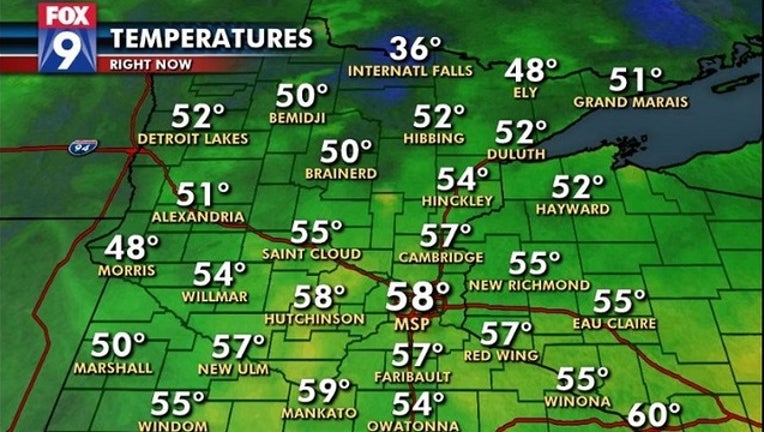 INTERNATIONAL FALLS, Minn. (KMSP) - It nearly froze on this summer morning in International Falls, Minnesota. The temperature dropped to 34 degrees on Thursday, Aug. 2 after Wednesday’s cool-down and clear conditions overnight.

International Falls is known for its extreme cold temperatures in winter, but this August morning is one of the few dates the Minnesota-Canada border town nearly froze during the peak of summer.

According to the National Weather Service in Duluth, “for the period of July 1 through August 2, only one other day has been colder at International Falls than the 34 degrees this morning. The low was 32 degrees on 7/11/1911.”

The Twin Cities metro woke up to a cool Thursday morning as well, with temperatures around 58 degrees at 5:30 a.m.

Before you complain about this mini August cold snap, Fox 9 meteorologist Cody Matz has a reminder that we just experienced the fourth-warmest May-to-July on record dating back to 1872.