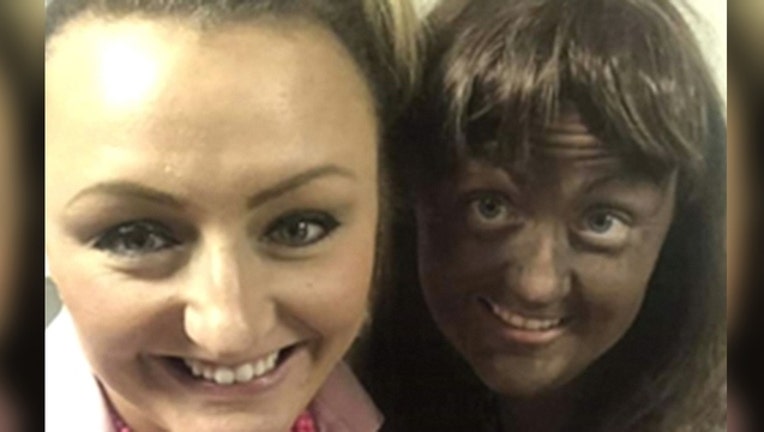 FOX News -- An Iowa school district accused of discriminating against minorities is investigating reports that an elementary school teacher wore blackface at a Halloween party.

Megan Luloff, a first-grade teacher at Walcott Elementary, wore makeup to appear to be an African American woman at a party Friday night at the Walcott American Legion, the Quad-City Times reported. She was dressed as a character from the 2004 comedy “Napoleon Dynamite,” according to the news outlet.

The district is under state supervision because officials said a disproportionate number of minority students were identified for special education and subject to disciplinary actions.

Betty Andrews, the president of the Iowa-Nebraska NAACP, called the reports of blackface “disturbing" in an interview with the New York Post.

“I had to check my calendar and my location to know that this happened in 2018,” Andrews said. “It was equally disturbing that this is a teacher who is supposed to provide a safe and equitable environment for all students.”

Andrews said she believed Luloff should be dismissed from her job.

“I think she should be dismissed. Being a teacher, this is a serious lapse in judgment and her presence in a classroom could be detrimental to any student she teaches, particularly African-American students,” Andrews said.

“I would definitely not want her teaching my children,” she continued. “This makes me wonder what’s in the water, so to speak. What are we teaching in Davenport for this woman to think that this would be OK?”

The Davenport School District did not immediately respond to a request for comment.