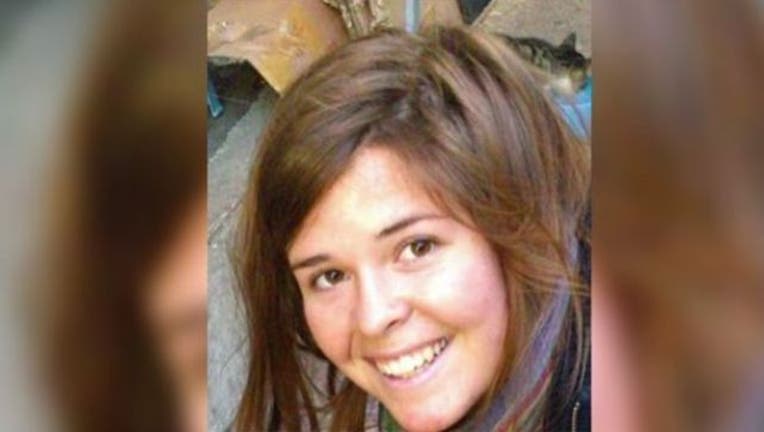 "They told us that he married her, and we all understand what that means," Carl Mueller, Kayla's father, told The Associated Press on Friday, which would have been his daughter's 27th birthday. Her death was reported in February.

Her mother, Marsha Mueller, added, "Kayla did not marry this man. He took her to his room and he abused her and she came back crying."

The news is but the latest in a litany of horrors perpetrated by the Islamic State group, which has beheaded, burned and crucified male captives while passing around women as sex slaves.

Mueller was held for a time by Islamic State financier Abu Sayyaf and his wife, known as Umm Sayyaf. Al-Baghdadi took Mueller as a "wife," repeatedly raping her when he visited, according to a Yazidi teenager who was held with Mueller and escaped in October 2014.

The 14-year-old made her way to Iraqi Kurdistan, where she talked to U.S. commandos in November 2014. Intelligence agencies corroborated her account and American officials passed it on to her parents in June.

Umm Sayyaf confirmed that al-Baghdadi had "owned" Kayla during Umm Sayyaf's lengthy American interrogation in Iraq, the Muellers said they were told by American officials.

A U.S. official confirmed their account, first reported by London's Independent newspaper. The official was not authorized to be quoted by name and spoke on condition of anonymity.

Abu Sayyaf was killed in a Delta Force raid of his Syrian compound in June, which resulted in a treasure trove of intelligence about the Islamic State group.

Umm Sayyaf has been turned over to the Iraqi Kurds for trial. The Muellers have been told that justice will be served in her case, said a family spokeswoman, Emily Lenzner.

Mueller was held with three other women, all Yazidis, the Muellers were told. All were sexually abused. When al-Baghdadi visited, he would take Mueller to his room, the witness told American officials. She would tell her fellow captives — sometimes tearfully — what had happened.

"Kayla tried to protect these young girls," her mother said. "She was like a mother figure to them."

When the teenaged Yazidi girl escaped with her sister, she asked Mueller to accompany her, the parents were told, but Kayla refused, worrying that her obvious Western appearance would lead to their capture.

By the time the Yadizi escapee reported the situation to Delta Force commandos in Iraq, Kayla had been moved, her parents were told.

U.S. intelligence officials found information on Sayyaf's computer indicating that Mueller, who spoke some Arabic, had been searching for information about fertility to help Umm Sayyaf, who was trying to get pregnant, according to two U.S. officials who refused to be quoted because the information is classified.

Mueller, from Prescott, Arizona, was taken hostage with her boyfriend, Omar Alkhani, in August 2013 after leaving a Doctors Without Borders hospital in Aleppo, Syria, where he had been hired to fix the Internet service for the hospital.

Mueller had begged him to let her tag along because she wanted to do relief work in the war-ravaged country.

Alkhani was released after two months, having been beaten.

The Islamic State group claimed Mueller was killed in a Jordanian air strike near Raqqah, the group's self-declared capital in Syria. U.S. officials confirmed the death but not the circumstances.

This story has been corrected to show that the Muellers have been told that justice will be served in the case of Umm Sayyaf, not that she is expected to serve a long prison sentence.