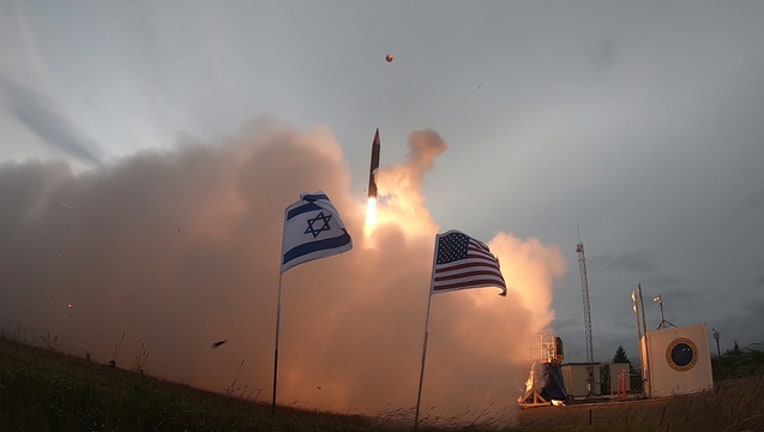 KODIAK, Alaska (AP) - Israel and the United States completed a series of tests of the new long-range missile defense system in Alaska.

A spokesperson with the U.S. Missile Defense Agency said in a statement the Arrow Weapon System testing including the successful interception of an "enemy" target. The tests were conducted at Pacific Spaceport Complex-Alaska in Kodiak.

MDA Director Vice Adm. Jon Hill says the success in Kodiak helps with confidence in Israel's ability to defeat the developing threats in its home region.

The Israel Missile Defense Organization director Moshe Patel said the fact the tests were conducted tens of thousands of kilometers away from Israel, demonstrates the capabilities of the Arrow 3 system.