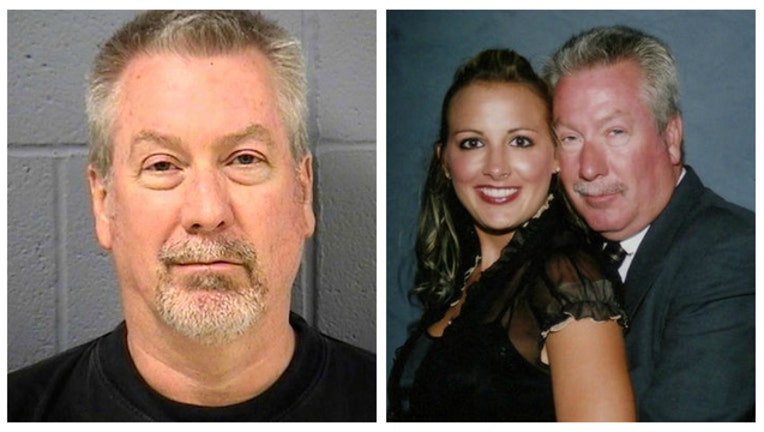 Drew Peterson mugshot with portrait of Drew and Stacy together

He claimed that she had run off with another man. Police believe that Drew murdered her, though her body has never been found and he has never been charged.

In 2012, Peterson was convicted of the murder of his third wife, Kathleen Savio, and sentenced to 38 years in prison. He is also serving an additional sentence of 40 more years for trying to a have a Will County State's Attorney killed.