Alabama officer earns fame for striking resemblance to ‘The Rock’

Lt. Eric Fields spoke with FOX Television Stations about the attention he's getting for looking like wrestler-turned-actor "The Rock."

SOMERVILLE, Ala. - Getting stopped to take pictures while running errands may be no big deal for wrestler-turned-actor Dwayne "The Rock" Johnson, but his doppelganger in Morgan County, Alabama is still getting used to it.

Lt. Eric Fields, 37, said ever since he started working out a few years ago and shaved his head, people remark that he bears a striking resemblance to Johnson. Fields is 6-foot-2 and weighs 235 pounds. Johnson is reported to be 6-foot-5, weighing approximately 260 pounds.

"It’s been an ongoing joke," Fields told FOX Television Stations Saturday. "And I go with it. I’ve never really seen myself as being like a real close match."

But there are several people who would disagree. 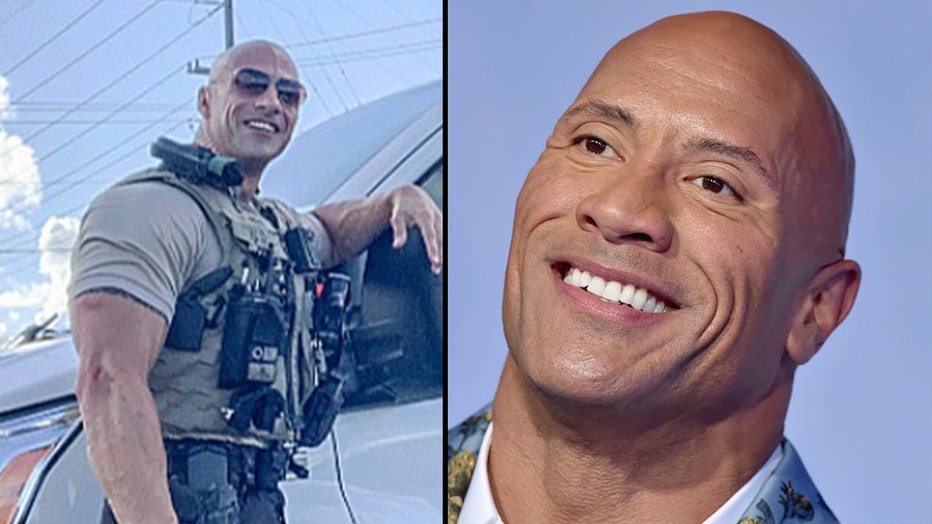 Fields, who works for the local sheriff’s office, started to get national attention after the office posted a picture of him on its Facebook page on Aug. 20. The post received over 2,000 likes and hundreds of shares.

Fields said he used to get mistaken for actor Vin Diesel. However, he’s now starting to see what others see when it comes to comparing him to "The Rock."

"I’ve seen it on pictures with certain angles and I think ‘Yeah, that kind of looks like ’The Rock’," he added. "But you know, you always see yourself."

Johnson said he is a fan of "The Rock" and admires the celebrity, calling him a "good guy" who has "positive energy."

But with the fame, comes the loss of privacy. Fields said he has become known as "The guy who looks like ‘The Rock’" although no one has seriously mistaken him for the movie star.

"I go out, and I have people wanting to take selfies with me," he said. "I went to a store after all of this kind of hit, and it took me like 30 minutes to get back into the car and out of the parking lot."

But Fields does want to use his newfound fame for good. He wants to call attention to ALS after his co-worker Sgt. Chris Dillard was diagnosed with the debilitating neuromuscular disease. A Facebook and GoFundMe page has been set up to raise money for Dillard’s family.

"But really what I was to ask [for] is prayers [for healing]," he continued.

Meanwhile, Fields said he hasn’t met "The Rock" and isn’t even sure the actor knows about him. However, Fields’ wife and two young sons see the resemblance and often jokes with him about it.

On Monday, Johnson took to Twitter to address his doppelganger.

"Guy on the left is way cooler," he tweeted. "Stay safe brother and thank you for your service."

Johnson also offered to have a drink with Fields and hear about the lieutenant’s "Rock stories."