TEXAS - Joe Rogan has come down with coronavirus.

The 54-year-old comedian took to Instagram on Wednesday to share with fans that he'd contracted the virus after being out on "the road."

"I GOT COVID," he wrote in the caption alongside a video of himself explaining his diagnosis. "My apologies, but we have to move the Nashville show to Sunday, October 24."

He concluded: "Much love to you all."

The podcast host said that his symptoms included "feeling very weary," "a headache" and feeling "run down" before a fever and "sweats" set in overnight.

"I knew what was going on," the comedian said. 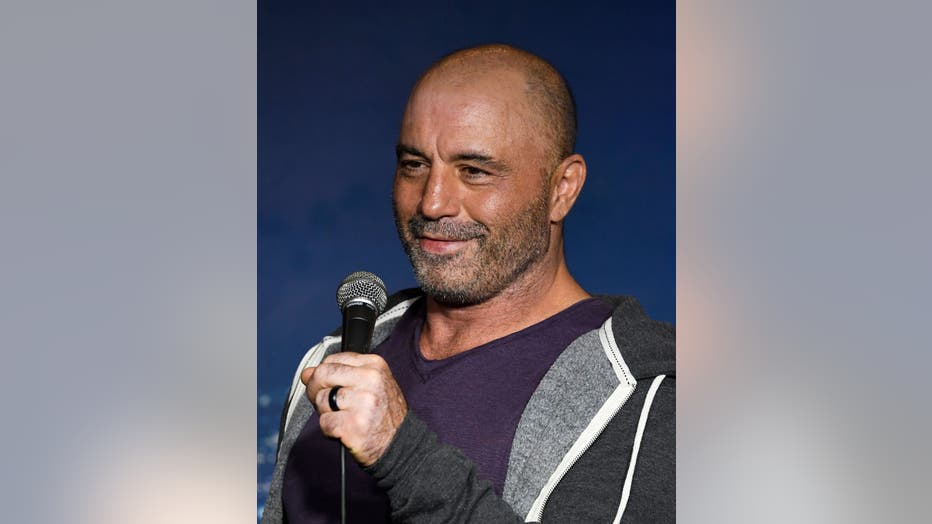 Upon being tested the following morning, Rogan was informed that he had contracted COVID-19.

"We immediately threw the kitchen sink at it. All kinds of meds," the star explained. "Monoclonal antibodies, ivermectin, Z-pak, prednisone, everything. And I also got an anti-D drip and a vitamin drip."

Ivermectin has become a hot topic lately, as it is an anti-parasitic drug often used to treat animals. The FDA has advised against humans using the drug to treat coronavirus, warning that it hasn't been tested, interacts with some medications and could cause an overdose.

Rogan said that he underwent such treatment for three days.

"Here we are on Wednesday and I feel great," he explained. "I really only had one bad day. Sunday sucked, but Monday was better, Tuesday felt better than Monday and today, I feel good."

The star dubbed the status of his health as "the good news" while calling the rescheduled show "the bad news." He was set to perform in Nashville on Sept. 3 with Dave Chappelle, but the show has been rescheduled for Sunday, Oct. 24.

In an earlier post, he announced that the Nashville show, as well as one set to take place in New Orleans over the weekend, have been "postponed." He did not make mention of the New Orleans show in his video message.

"My apologies to everyone. Obviously, there's nothing that I can control," he said. "It is what it is, crazy times we're living in. A wonderful heartfelt thank you to modern medicine for pulling me out of this so quickly and easily and my love to all of you."

Rogan has waffled on the necessity of the coronavirus vaccine at various times on his podcast, "The Joe Rogan Experience."

"I’m not an anti-vax person. In fact, I said I believe they’re safe and I encourage many people to take ’em," Rogan said during an April 2021 episode of the show, per Variety.

After receiving backlash, he clarified on a later episode: "I’m not a doctor, I’m a f--king moron, and I’m a cage-fighting commentator who’s a dirty stand-up comedian… I’m not a respected source of information — even for me."