Under mounting public pressure, the Joliet Police Department on Tuesday released hours of video related to the death of a man in police custody after he allegedly ingested drugs.

JOLIET, Ill. - Under mounting public pressure, the Joliet Police Department on Tuesday released hours of video related to the death of a man in police custody after he allegedly ingested drugs.

Although edited video of Eric Lurry Jr.’s arrest has circulated since early July, the new videos show two additional camera angles of the officers’ controversial actions while Lurry overdosed during an undercover drug sting in the southwest suburb.

Despite officers being cleared of wrongdoing by the Will County state’s attorney’s office, a lawyer representing Lurry’s wife, Nicole, said the officers played a role in his death.

“From the video I’ve seen, in my opinion, they killed him,” attorney Michael D. Oppenheimer said of the officers in the video.

“They plugged his nose, slapped him and shoved a baton down his throat. That’s tantamount to killing him,” Oppenheimer said. 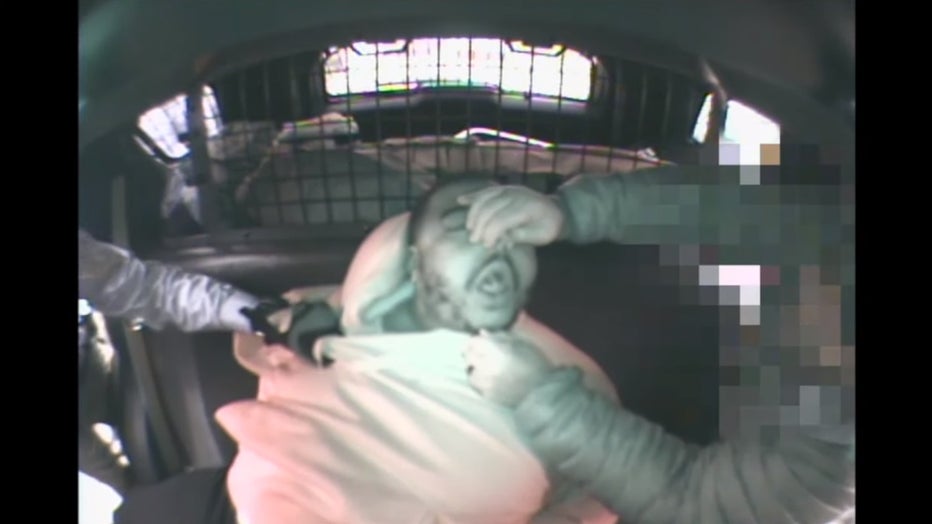 According to police, officers found drugs hidden in Lurry’s mouth on Jan. 29 after he was arrested on drug charges. Video shows Lurry, 37, in the backseat of a police car for several minutes, hunched over while moving his mouth before officers open the rear doors and attempt to pull him from the rear seat.

An undercover officer enters the backseat and says, “Wake up, b—–,” before slapping him. The video’s audio then cuts out.

Officers are seen shaking Lurry, hitting him and holding his nose. He lies still as the two officers continue to hold him in place. At one point, an officer puts his baton in Lurry’s mouth. A flashlight is shined in his face, and he eventually slumps over.

None of the three videos released by police clearly show officers performing CPR on Lurry, although one video angle shows several officer kneeled near Lurry between two police cars. Someone appears to perform chest compressions on Lurry when he is moved to an ambulance.

One video shows 15 minutes elapse between when Lurry is pulled from the squad car until an ambulance begins to take Lurry to a hospital.

An autopsy ruled Lurry’s death an accident due to heroin, fentanyl and cocaine intoxication, according to the Will County coroner’s office. The autopsy found Lurry had over 10 times the lethal dosage of the combined drugs in his system.

Oppenheimer, who plans to file a lawsuit against the police department next week, said Joliet police tried to cover up the truth about Lurry’s death.

“They stopped us every step of the way from us seeing this video — for five months,” Oppenheimer said.

Even when police finally showed Lurry’s wife video of the incident earlier, Oppenheimer said the audio cut out, a sign the video was doctored.

“Who knows what they were saying after the audio cut out,” he said. “This has been a coverup since day one… There’s no question they doctored that video.”

A Joliet police spokesman did not immediately return a message seeking a reason for why audio cuts out in the newly released videos, even though they are labeled “unedited” except for the blacked-out faces meant to protect the identities of undercover agents.

Video of the incident was initially shared by Joliet police Sgt. Javier Esqueda, according to police. Esqueda was placed on desk duty after police determined he shared the video without authorization.