CHICAGO (AP) - The aunt of a man fatally shot by police and a nationally known civil rights leader were among dozens of people who offered opinions Wednesday on a draft plan to reform Chicago police to a federal judge who must decide soon whether to approve it.

Several who stepped before Judge Robert Dow Jr. became emotional speaking about the over 200-page plan , which would be overseen by Dow. It would, among other things, tighten use-of-force rules and seek to improve officer training.

Nearly 80 people were expected to speak during two days of hearings designed for him to gauge opinions as he mulls his decision on whether to give a thumbs up or down to the plan. The hearings began Wednesday morning and end Thursday afternoon.

A majority of speakers Wednesday urged Dow to OK the proposed plan, also called a consent decree because it envisions close court supervision.

"We need healing and hope in this city, and this consent decree will provide it," one speaker, Cook County Public Defender Amy Campanelli, told Dow.

"We learned about denials, we learned about lies as standard operating procedure (by police)," Craig Futterman, a University of Chicago law professor who helped push the city to release a video of the shooting in 2015. "We sorely need a consent decree in Chicago."

The 2015 video, which showed the teen holding a knife and walking away from officers, prompted an investigation of the police department by the Justice Department, which found widespread abuses.

Among those who waited in a long line outside the courtroom Wednesday for a chance to speak was civil rights leader the Rev. Jesse Jackson. He also alluded to the Van Dyke case, while emphasizing that problems in the police department go deeper.

"One man cannot be the fall guy for this criminal justice collapse," he said.

Arewa Karen Winters, whose nephew was fatally shot by Chicago police in 2016, told Dow the African-American community in the city was "crying tears of blood" from an extended legacy of mistreatment by police.

Several police officers were among the speakers who described the plan as hopelessly flawed, urging Judge Dow to reject it.

One, Michael Garza, singled out a provision that would require that officers file paperwork each time they point a gun, even if they don't shoot.

"I believe it will tie the hands of officers," Garza said about the proposal. "I want my Chicago safe and this is not the way to do it."

Yet another officer said solutions to any problems with policing are straightforward: When suspects are told by police to stop, John Catanzara told Judge Dow, they need to stop.

"It's a simple command and it needs to be followed," he said.

Those comments echo the criticism of Attorney General Jeff Sessions last week, who in Chicago speech warned the reforms could cause a surge in violent crime. He also argued that the recent murder conviction of the officer in the fatal shooting of Laquan McDonald demonstrated that police officers who break the law are already "punished and jailed."

The draft plan stems from a lawsuit filed by Illinois Attorney General Lisa Madigan , one that was not opposed by Mayor Rahm Emanuel. It's the result of a year of negotiations.

Another opponent of the consent decree, Willian Choslovsky, said it was inappropriate for the city to cede to a federal judge powers normally given to mayors and police chiefs to implement police reforms.

He joked in remarks to Judge Dow: "We can add mayor and police chief to your already impressive resume." 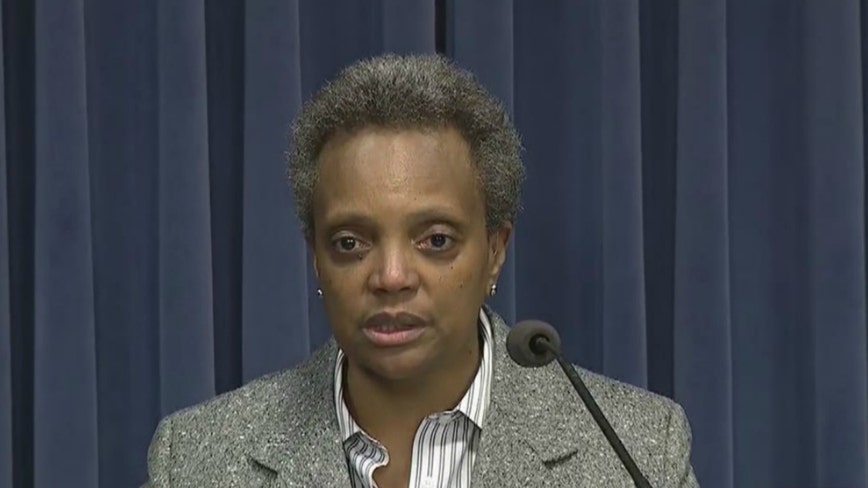