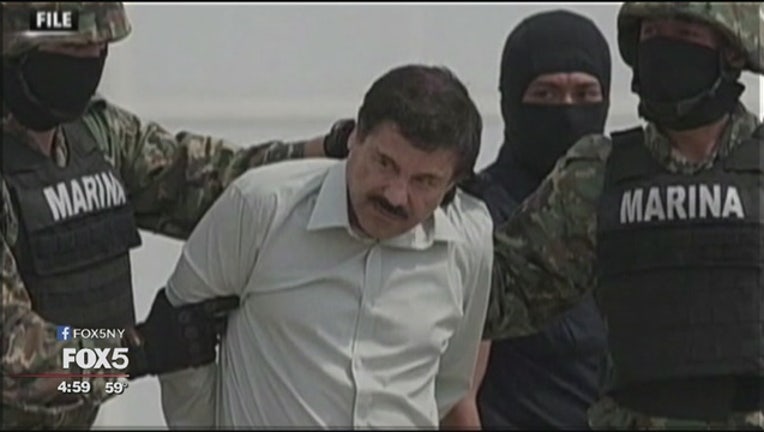 Lawyers for Guzman told U.S. District Judge Brian Cogan at a hearing in federal court in Brooklyn that they needed more time to review evidence in the drug-trafficking case.

But the judge said he was sticking with a schedule that has jury selection beginning on Nov. 5. He had already agreed in July to delay the trial by two months.

A lawyer for Guzman, Jeffrey Lichtman, told reporters afterward that the defense team is faced with processing a "gargantuan" amount of material before the trial starts.

"I am disappointed we did not get more time but as the judge said, you never feel that you are totally ready in a trial of this magnitude," Lichtman said. "We deal with the hand that we're dealt."

Guzman, who was extradited to the U.S. last year, has pleaded not guilty to charges that his cartel laundered billions of dollars and oversaw a ruthless campaign of murders and kidnappings. He faces life in prison if convicted at a trial that could last several weeks.

Authorities have kept Guzman in solitary confinement, mindful that he has twice escaped from prison in Mexico. The second time, it was via a mile-long (1.6 kilometer-long) tunnel dug to the shower in his cell.

Lichtman called his client "a mythical character that they are trying as if it was the only drug dealer in the world."

The lawyer officially joined the defense team after Guzman waived any potential conflict of interest the lawyer may have in connection with witnesses in the case. He's known for successfully defending John "Junior" Gotti, son of the notorious organized crime family boss, at a 2005 trial.

The younger Gotti walked free after an acquittal on a securities fraud count and a mistrial on more serious racketeering counts.