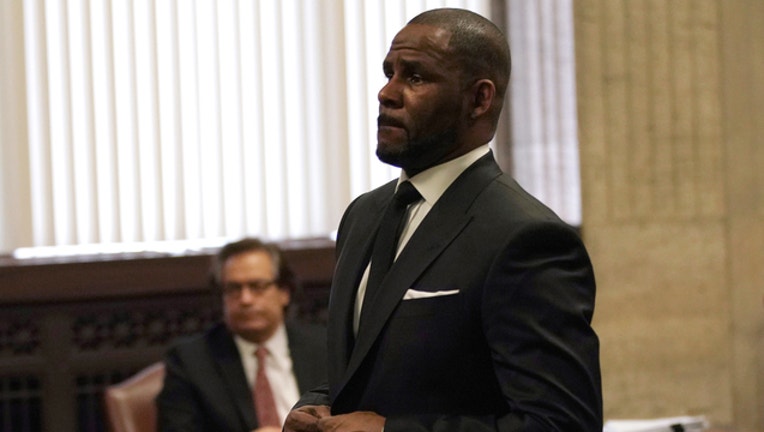 Singer R. Kelly appears in court for a hearing to request that he be allowed to travel to Dubai at the Leighton Criminal Court Building on March 22, 2019 in Chicago, Illinois. (Photo by E. Jason Wambsgans-Pool/Getty Images)

CHICAGO (AP) - Attorneys for R. Kelly have one week to respond to a lawsuit alleging sex abuse or face losing the case.

Kelly's attorneys sought to put the lawsuit on hold while the singer fights sex-related felony charges. Associate Judge Moira Johnson on Wednesday agreed with lawyers for the woman who filed the lawsuit that Kelly needs to file an answer to the litigation.

Johnson gave Kelly's lawyers until June 26 to respond to the lawsuit in Cook County.

Kelly did not attend Wednesday's hearing in Chicago.

After the hearing, the attorneys for the woman said they expect the lawsuit will be delayed while the criminal case proceeds. However, they said it was improper for Kelly's attorneys to seek a delay before acknowledging the lawsuit.

The woman who brought the lawsuit is one of four women Kelly is charged with sexually abusing.