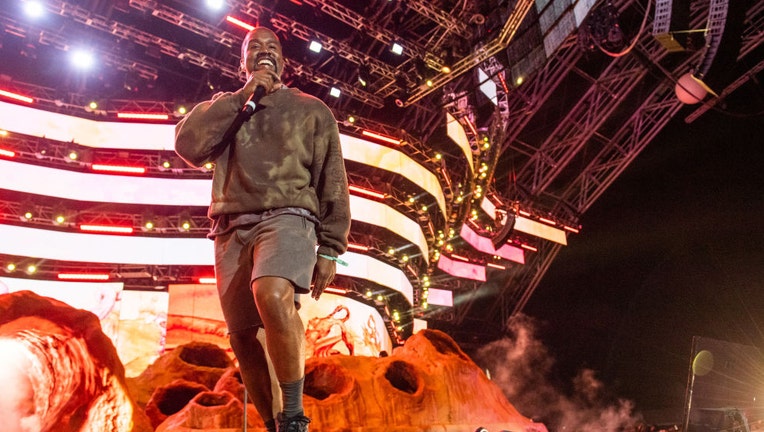 WASHINGTON - Rap superstar Kanye West will not perform at Coachella this year leaving an open slot for a headliner at the music festival, TMZ reported Monday.

With West dropping out of Coachella, rapper Travis Scott won’t appear at the music festival in Indio, California. According to TMZ, Scott was scheduled to join the Chicago native on stage.

RELATED: Online petition calls for Kanye West to be removed from Coachella

This latest news involving the Grammy-winning rapper comes after West's performance at Sunday night's Grammy Awards was canceled, and an online petition circulated over a week ago calling for him to be removed from Coachella.

On March 22, FOX 32 Chicago reported that the petition blamed West for his behavior on social media toward his ex-wife Kim Kardashian and boyfriend Pete Davidson.

Last month, West was temporarily suspended from Instagram.  Content from his posts were deleted due to a violation of Instagram's policies on hate speech, harassment and bullying, a spokesperson for Meta, the parent company of Instagram, told Fox News Digital.

West has used Instagram to address an ongoing custody battle with Kardashian as well and has accused her of keeping their children away from him by not allowing them to come to Sunday Service.

FOX11 Los Angeles and FOX32 Chicago contributed to this story. This story was reported from Washington, D.C.