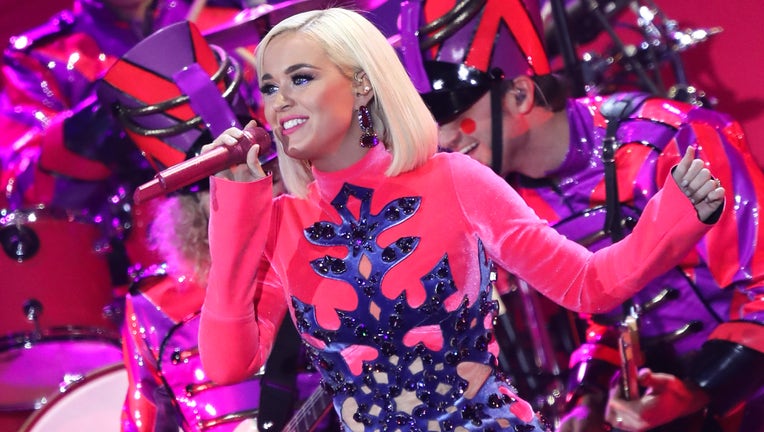 Katy Perry is preparing for motherhood!

The 35-year-old singer released the video for her newest song "Never Worn White" on Wednesday night, and the last few seconds confirmed what fans have been speculating all day: she's expecting.

The video closes with a profile shot of Perry's body revealing a growing baby bump.

Following the video's release, Perry joined in on an Instagram live discussion with her fans, where she said her pregnancy is “probably the longest secret” she has “ever had to keep.”

The baby will be Perry's first, and the second for her fiance, Orlando Bloom, who has a 9-year-old son, Flynn, with ex-wife Miranda Kerr.

Rumors of pregnancy began circulating earlier in the day when Perry teased the video's release by sharing a few brief clips on Instagram, one of which seemed to show the pop star holding her belly.

Fans immediately began to speculate that Perry is expecting.

"Katy Perry's pregnant and she has a bump on her belly BABY BLOOM PERRY," one commenter wrote, referencing Bloom.

"Are you pregnant?" asked another person.

"Baby is coming," one person wrote.