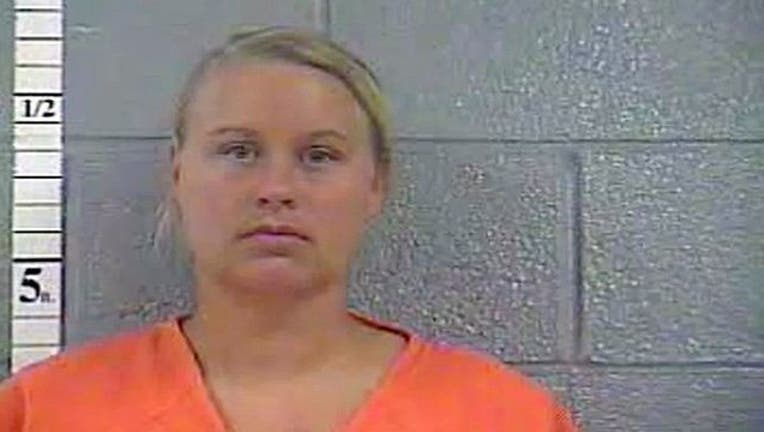 Monica Gentry, 25, is allegedly facing charges of endangering the welfare of a minor.

FOX News -- A Kentucky woman tanning at a salon in Louisville was arrested when authorities discovered she allegedly left her two children inside a car with loaded guns.

Monica Gentry, 25, from Shepherdsville, was arrested Tuesday after local authorities received a call about the two children -- a five-year-old and a five-month-old -- alone inside the car.

When they arrived, they found the children inside the car with two loaded handguns. At least one of the guns was within reach of the older child, according to WDRB-News.

At the time of their arrival, Gentry was reportedly inside a local Sun Tan City, where she had been for roughly 30 minutes, according to the news station.

The 25-year-old is now facing charges of endangering the welfare of a minor, WDRB-News reported.

A spokesperson for the Louisville Metro Police Department was not immediately available for comment when contacted by Fox News on Saturday.