PLACER COUNTY - California police are seeking a 16-year-old girl who vanished without a trace and may have been abducted from a high school party with dozens or hundreds of fellow teens in attendance.

Kiely Rodni was last seen at a rural campground near the border of California and Nevada around 12:30 a.m. Saturday, according to local authorities.

Rodni was among more than 100 teens attending a party at the Prosser Family Campground in Truckee, near Lake Tahoe, according to the Placer County Sheriff’s Office.

The party was meant as a farewell celebration for graduating seniors from several area high schools in the Truckee, North Lake Tahoe and Reno communities, according to Rodni’s mother, Linsey Rodni-Nieman.

Rodni graduated at 16 years old with honors, according to her mother.

"She has beautiful long blonde hair, tall and thin, vivacious and friendly, kind and compassionate" her mother told Fox News Digital. "She is not the runaway type of kid."

Around 12:15 a.m., she texted her parents that she was heading home. However, according to her mother, no one has come forward to say they saw her leave; no one was with her at the time; and nobody could remember when she left or seeing her car drive away.

Her phone, which last pinged at the party, has been turned off. Authorities say her vehicle, a silver 2013 Honda CRV with the California license plate 8YUR127, is also unaccounted for.

"Please just come home," Rodni-Nieman said in a video released by the sheriff’s office Sunday afternoon. "I want nothing more than to hug you."

She is asking anyone who attended the party and their parents to look through their photos, social media posts and videos for any signs of Rodni. Home and business owners in the surrounding area are also asked to check their surveillance cameras for signs of the girl on Aug. 5 and 6. 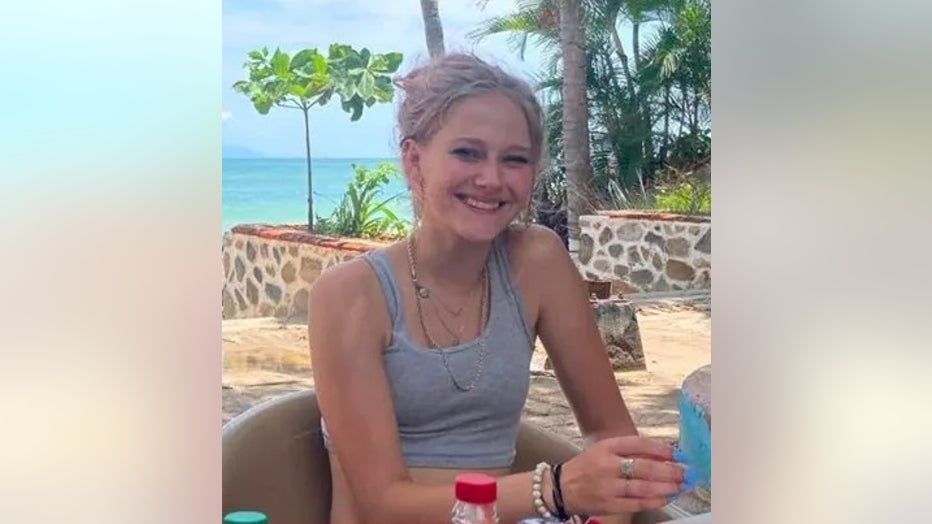 Kiely Rodni was last seen at a rural campground near the border of California and Nevada around 12:30 a.m. Saturday, according to local authorities. (Placer County Sheriff)

Rodni is described as 5 feet, 7 inches tall and around 118 pounds. She has blonde hair and hazel eyes. She has a tattoo on her ribs of the number "17." She was last seen wearing green Dickie’s pants, a black tank top and jewelry, according to authorities. She has a nose ring and several other piercings.

Anyone with information is asked to call the Placer County Sheriff’s Office’s dedicated tip line at 530-581-6320. Callers can remain anonymous.