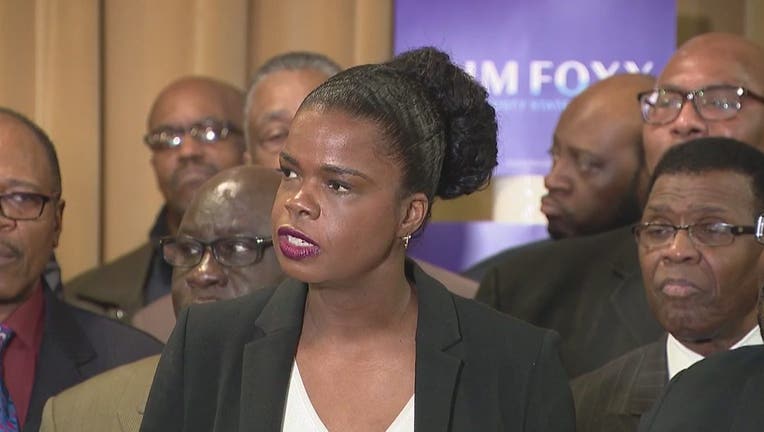 CHICAGO - The Chicago area’s top prosecutor, Kim Foxx, is fighting for a shot at a second term Tuesday in an expensive primary against three Democrats who’ve made her handling of the Jussie Smollett case central to the campaign.

Foxx has been on the defensive on the campaign trail, touting her efforts exonerating innocent people and reforms to the cash bail system, moves that have won praise from criminal justice efforts. But the Smollett case, which is now before a special prosecutor, continues to haunt the Cook County state’s attorney race.

Foxx abruptly dropped charges last year against the “Empire” actor, who was accused of staging a racist, anti-gay attack. Questions loom about whether she acted improperly for speaking to a Smollett relative and aide to former first lady Michelle Obama before the charges were dismissed. A special prosecutor reinstated the charges, which Foxx called political.

She said it shouldn’t define her tenure.

“Political opponents have spent millions of dollars (putting this) at the forefront of people’s mind,”′ she told WLS-TV. “The people of Cook County who live in neighborhoods that have been devastated by violence want us to talk about what are we going to do to make sure that communities are safe.”

The three Democrats include Navy veteran Bill Conway, whose first run for office is being fueled by his wealthy family. About $10.5 million of the roughly $11.5 million he’s raised, comes from William Conway, co-founder of Carlyle Group, a Washington, D.C.-based investment firm. By comparison, Foxx has raised nearly $3.5 million.

“I haven’t been shy about the fact that we are going to use family resources to get our message out there,”′ he said. “It’s because of that that I can promise folks that I will be an independent state’s attorney.”

Cook County is heavily Democrat, so Tuesday’s nominee is likely the winner in November. Two Republicans are on the ballot: Patrick O’Brien, a former assistant state’s attorney, and Christopher Pfannkuche, a prosecutor who has worked for several different agencies including the state’s attorney office.