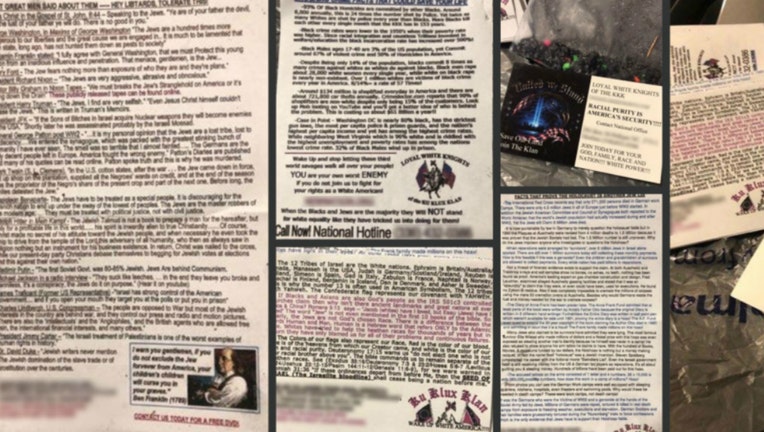 Police are investigating after Ku Klux Klan literature was delivered to several homes in Orland Park on Jan. 5, 2020. | Council on American-Islamic Relations

Plastic bags with “three different cards and flyers containing hate speech” were delivered to three Orland Park homes Jan. 5, according to a statement from the village of Orland Park. A village spokeswoman confirmed the papers were KKK literature.

“At this point, the delivery appears random and does not constitute a threat to any of the individuals personally,” Orland Park Police Chief Tim McCarthy said in the statement.

A Muslim resident contacted the Council on American-Islamic Relations (CAIR) to report that the bags had been left in the driveways of several neighborhood homes, the civil rights organization said in a statement.

The bags contained materials produced by the “Loyal White Knights of the KKK” listing a web address, a phone number and a North Carolina mailing address, according to CAIR.

“Anti-Semites, racists and white supremacists are increasingly emboldened and active across the country in the current political environment,” CAIR National Communications Director Ibrahim Hooper said in the statement. “All Americans must take a stand against the growing bigotry we are seeing nationwide, which is being promoted at the highest levels of our society.”

“The Village of Orland Park strongly condemns this message and any message that promotes hate of any kind,” Pekau said in the statement.