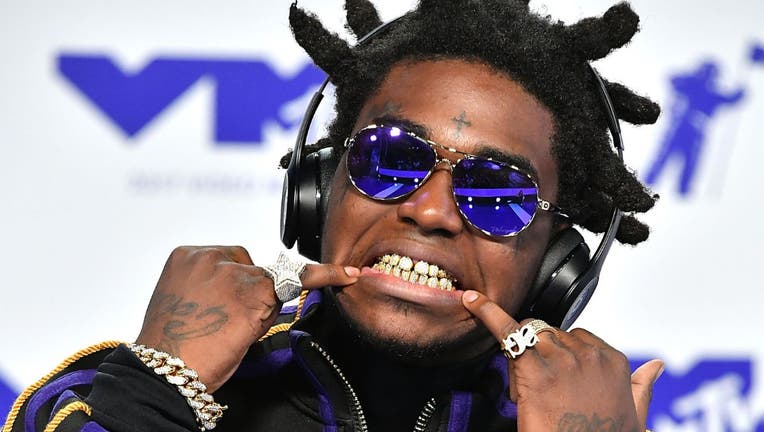 Rapper Kodak Black thanked former President Donald Trump for commuting his sentence in one of his final acts before departing the White House.

Trump issued 73 pardons and 70 sentence commutations early Wednesday as he prepared to leave office. Among them was Black, whose real name is Bill Kapri, who was serving time for weapons charges.

On Wednesday evening, the rapper shared a note of gratitude with Trump as well as his fans on Twitter.

"I Want To Thank The President @RealDonaldTrump For His Commitment To Justice Reform And Shortening My Sentence.  I Also Want To Thank Everyone For Their Support And Love," Black tweeted.  "It Means More Than You Will Ever Know. I Want To Continue Giving Back, Learning And Growing."

The 23-year-old Florida native was serving a sentence of more than three years after he admitted in 2019 that he falsified information on federal forms to buy four firearms from a Miami-area gun shop on two separate occasions.

Black was able to obtain three of the weapons: a 9 mm handgun, a .380-caliber handgun and a semi-automatic Mini Draco weapon. Authorities said one of the guns was found at the scene of a March shooting in Pompano Beach, although he has not been charged in that case.

Page Six reports that the rapper previously courted a pardon from Trump by issuing a since-deleted tweet promising that he would donate $1 million to charity in the event that he was given a presidential pardon or sentence commutation.

Fellow rapper Lil Wayne, who was also facing a weapons charge, was also on Trump’s list of people who received a pardon on Wednesday.

Bradford Cohen, who worked with the rappers on their pardons, told Fox News he is "glad" for his clients.