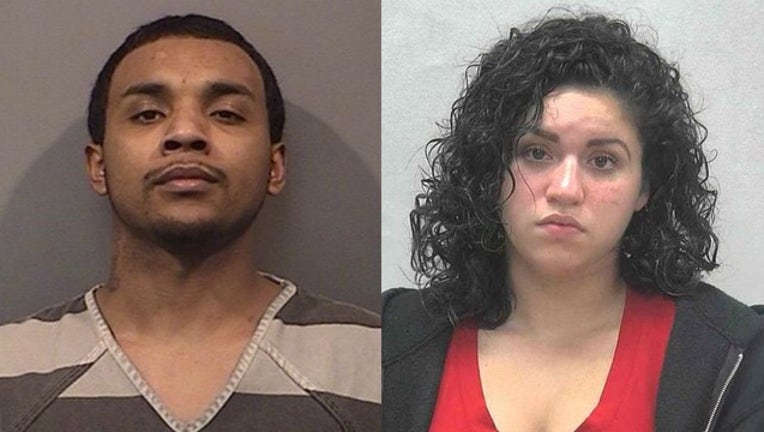 Authorities tracked Richard Campos, 22, of East Chicago and Elysia Jeronimo, 20, of Hammond on their flight south through the phone purchased in Calumet City, Illinois, after the escape, Lake County Sheriff John Buncich said at a news conference.

Police say Campos and Jeronimo were taken into custody in San Antonio late Tuesday. Prosecutors have begun extradition proceedings against the two, the sheriff said.

After the couple purchased the cellphone, investigators obtained warrants and began working with the phone's carrier to track its location using GPS coordinates, Buncich said. The phone was first located in southern Illinois and traveled through Arkansas before reaching San Antonio.

San Antonio police located Campos at a home, and Jeronimo was arrested there late Tuesday, the sheriff said. Campos tried to flee but was taken into custody, Buncich said.

Campos and Jeronimo were charged Monday with felony escape. Court documents show the couple came up with a plan for Campos to escape from the Lake County Jail when he was on laundry duty Saturday.

Buncich says three jail guards will face administrative charges over the escape because Campos was wanted on five warrants.

"Flags should have went up and unfortunately they did not go up," he said.

Campos, an alleged member of the Two Six street gang, was on probation in a 2014 misdemeanor case.