New video released by the military shows the moment a bird flew into a military jet last year, which caused it to crash into a Lake Worth neighborhood and cause major damage to a home.

LAKE WORTH, Texas - New video released by the military shows the moment a bird flew into a military jet last year, which caused it to crash into a Lake Worth neighborhood and cause major damage to a home.

The crash happened back on September 19, 2021, after a U.S. Navy T-45C Goshawk jet trainer from Kingsville that was conducting a military training exercise was going to land at Naval Air Station Joint Reserve Base Fort Worth.

The new video shows a bird fly into the jet, and the pilot has an immediate reaction and says they had an emergency.

The pilot said they would try to make it to the runway, but then says they aren’t going to make it.

Their jet crashed in the 2000 block of Tejas, which is about two miles northeast of Joint Reserve Base Fort Worth. 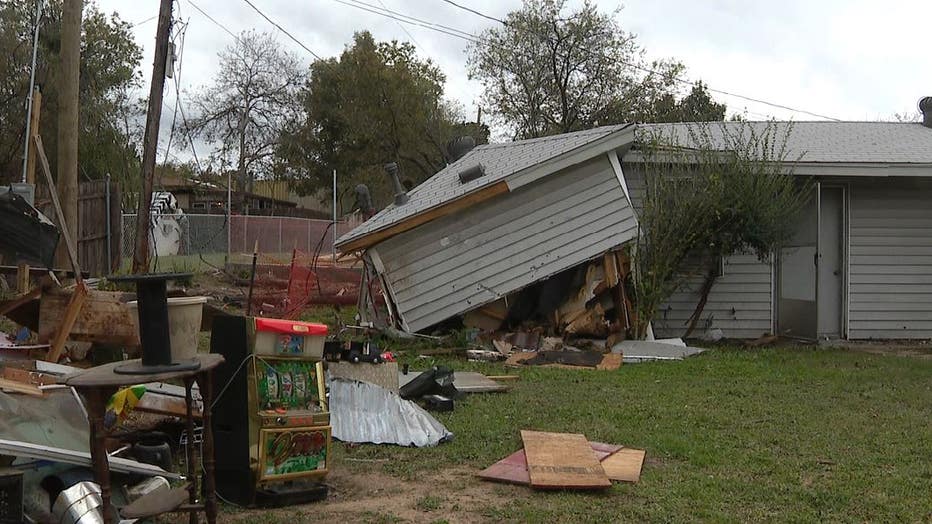 Both pilots, a student and instructor, ejected before the crash.

One had their parachute caught in power lines, while the other was found nearby.

By October 1, the military posted a social media message stating the cleanup from the crash was complete.

WARNING THIS VIDEO INCLUDES GRAPHIC LANGUAGE. Video from a T-45C Goshawk, shows the cockpit view as the aircraft is hit by a large bird during its descent toward a runway at Naval Air Station Joint Reserve Base Fort Worth on Sept. 19, 2021. (Courtesy: Department of Defense)

The crash damaged three homes, but it impacted Chris Sellers’ family the most. The jet's engine was sitting their back yard. He was sitting with his 9-year-old daughter just inches away from the point of impact.

Mark Sellers, Chris' father, was out shopping with his wife at the time of the crash.

When FOX 4 spoke to the family two months after the crash, they were frustrated with how long the cleanup process was taking and understandably still shaken up by what happened.

"Very scary," Mark said. "We could have lost him and lost my granddaughter."