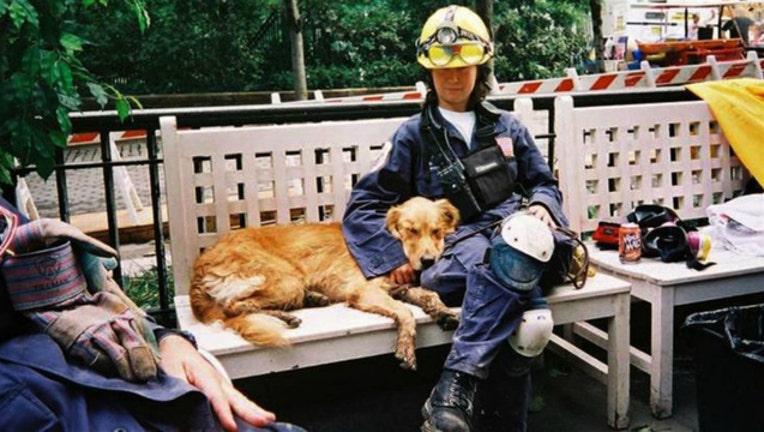 A statement from the Texas A&M Engineering Extension Service says Bretagne (pronounced like Brittany), a Golden Retriever, was euthanized at a veterinary clinic in Cypress.

The Houston Chronicle reported that around two dozen firefighters lined the sidewalk as Bretagne was brought into the veterinarian's office Monday. An American flag was draped over the dog's body as it was carried out.

Bretagne was 2 years old when she and her handler, Denise Corliss, were part of the Texas Task Force 1 sent to the World Trade Center site in Lower Manhattan after two hijacked airlines brought down the Twin Towers. They spent 10 days at the scene searching rubble for human remains.