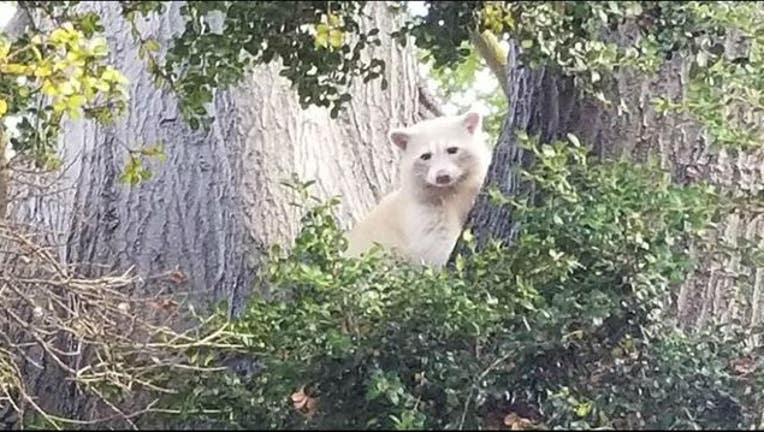 OAKLAND, Calif. (KTVU) - A photo of a well-known Bay Area raccoon was posted on Reddit earlier this week.

The raccoon apparently lives in the Lake Merritt area of Oakland.

Naturalists at Lindsay Wildlife Experience in Walnut Creek believe the animal is a "leucistic" raccoon. That means the raccoon has a partial loss of pigmentation. They say the animal is very rare.

Reddit user Breakfast_Is_Best posted the photo, saying the raccoon is wild. It was spotted near the lawn bowling courts across the street from the bird sanctuary.

The photo, which shows the unique animal starring directly into the camera, was taken Sunday around 7a.m.

Multiple Reddit users reported seeing the raccoon in the area. One even posted, "I've seen it around! Thought it was a cat at first and was going to try to pet it until I realized my mistake."