New data shows life expectancy among Chicagoans has dropped nearly two years since the start of the pandemic. However, COVID-19 isn't entirely to blame.

CHICAGO - Chicagoans’ life expectancy fell by nearly two years during the first year of the pandemic — one of the most dramatic single-year declines ever recorded — with Black and Latino residents suffering the steepest decreases, public health officials announced Monday.

"COVID has taken a terrible toll on the health and well-being of our city’s residents particularly those who are Black and Latinx," Mayor Lori Lightfoot said in a statement. "Without formally acknowledging this detrimental impact, and its roots in structural racism, we will never be able to move forward as a city."

The Chicago Department of Public Health released its findings that looked at deaths between 2019 and 2020, the first year of the pandemic.

COVID-19 deaths drove much of the drop but wasn’t the leading factor for the decline. The deadly virus was second to heart disease deaths — which increased with other chronic diseases like diabetes. There were also higher instances of deaths from homicides and accidents like overdoses and car crashes.

Latinos saw more than a three-year drop in life expectancy between 2019 and 2020 when it fell from 79.1 years to 75.9 years — the sharpest decline for any group. Life expectancy has declined among Latinos for the past seven years.

Public Health Commissioner Dr. Allison Arwady said the causes recorded on death certificates are the not only things important when discussing life expectancy gap but what are those driving factors.

"There is no miracle cure, no shortcut to closing the life expectancy gap," Arwady said in a statement. "Collectively, the city and its partners must do the work to fundamentally transform the conditions in which people live — by ending the pandemic and by addressing its impacts on access to services, housing, education, and economic opportunities, as well as people’s mental health."

As part of the initiative, CDPH committed $30 million to help establish the Healthy Chicago Equity Zones that look to get resources directly into the hands of community organizations doing the groundwork to improve access to health care and promoting racial equity.

The Phalanx Family Services leads the Far South Side HCEZ region and held a roundtable Monday to discuss some of the findings. The organization plans to hold a summit in May on how to get resources, share best practices and develop new strategies to build community trust. 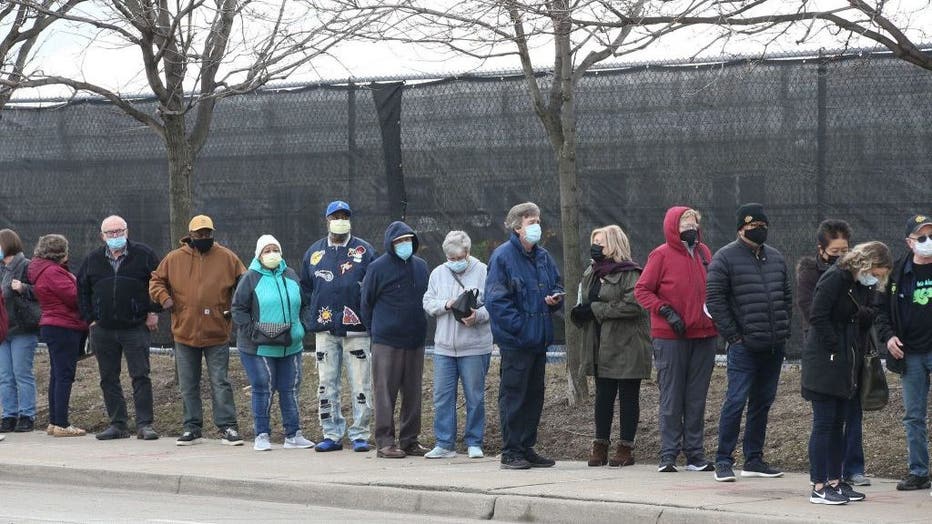 "For the past year, HCEZ regional and community lead organizations have been leading hyperlocal outreach efforts to get people vaccinated, with equity at the heart of this work," Tina Sanders, executive director of Phalanx Family Services, said in a statement.

CDPH is also gearing up to invest $24 million to launch a Community Health Response Corps in the coming months to fight COVID-19 and connect residents to resources.

"Like the city, our South Side Healthy Community Organization — a coalition of hospitals and community health centers — is committed to a community-based model of connecting people to preventive care," Brenda Battle said in a statement. Battle is senior vice president of Community Health Transformation, Urban Health Initiative and Chief Diversity, Inclusion & Equity Officer for UChicago Medicine.

"As we collectively hire, train, and deploy hundreds of community health workers to serve Chicago’s South Side, we’ll make it easier for people to find and tap into critical health services and social supports so they can achieve their health goals," Battle said.