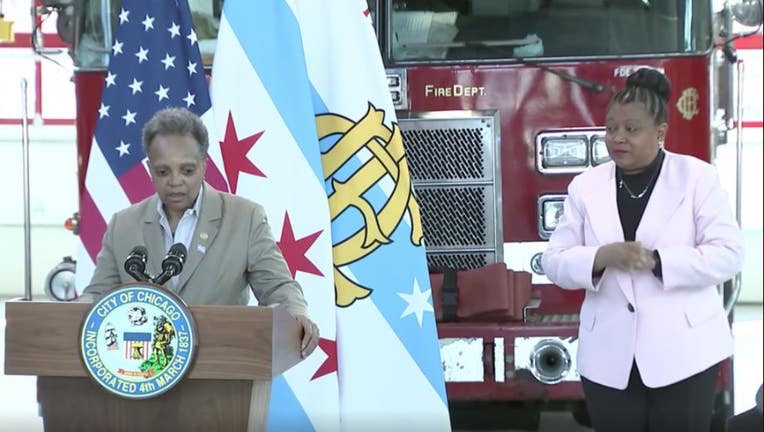 CHICAGO - Mayor Lori Lightfoot on Wednesday attended the opening of a new firehouse in West Pullman on the Far South Side.

Lightfoot cut the ribbon on Engine Company 115 at 1024 West 119th street, a "new state of the art firehouse," the mayor’s office said in a statement.

The firehouse is the largest ever constructed in the city proper at 27,000 square feet. The $30 million investment in the West Pullman community includes two engines, a ladder truck and two ambulances.

"This project, which leverages an investment of $30 million, has been an incredible economic driver during its construction and will significantly enhance CFD’s ability to protect our residents in West Pullman and the surrounding area," Lightfoot said in a statement.

Construction on the firehouse created 72 construction jobs, with 30% of the contractors who assisted in the project being from minority owned businesses, the mayor’s office said.