Terrence Wallace is the founder of the InZone Project, which is a program that allows kids from violent neighborhoods to relocate and receive focused mentoring and tutoring as they make their way through school.

CHICAGO - He is known for helping students from tough neighborhoods make it to college, and now a movie is being made about his mission.

Terrence Wallace’s inspiring story is being featured in a brand new documentary.

His story spans from the West Side of Chicago to New Zealand, and how he came back to help young people in his hometown.

“Every kid's here because they want to be here. That's the number one qualification. The kid has to want to be a part of the InZone family,” Wallace said.

Wallace is the founder of the InZone Project, which is a program that allows kids from violent neighborhoods to relocate and receive focused mentoring and tutoring as they make their way through school.

“They love it. They look at what their life is now and see how their friends' lives are, and it's a complete difference from what they would have been a part of,” Wallace said.

Brothers Lyndell and Dylan Luster are from Bronzeville, but moved to Wauconda two years ago to be a part of the InZone family. They live in a house in Wauconda with along with three other kids. Wallace is their legal guardian.

“In Chicago, at my school, there used to be a fight every other day, but in Wauconda there's barely any fights,” Dylan said.

“Here we get to go outside! Even though there's not much to do outside, we can go without worrying about getting hurt or harmed in any way, shape or form,” Lyndell said. 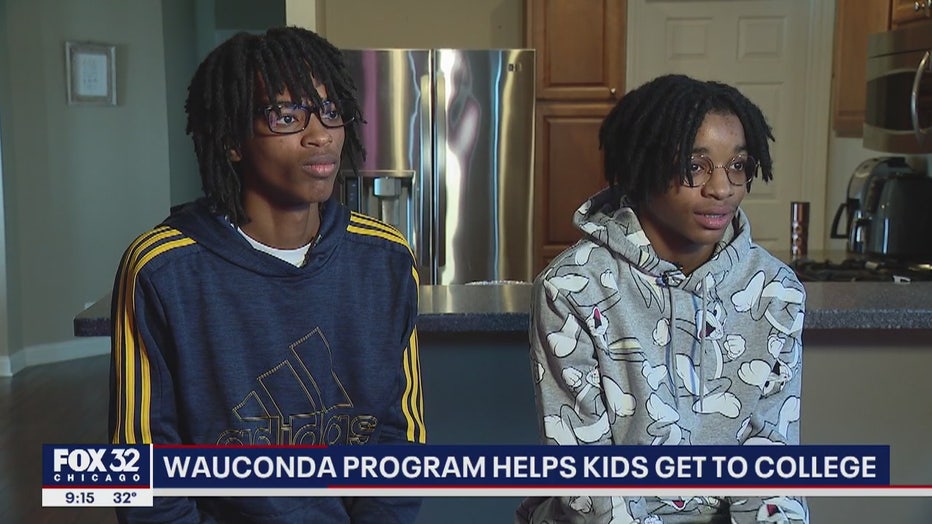 Over the last 10 years through InZone, Wallace has helped 80 disadvantaged students get into a number of prestigious colleges. The Luster brothers’ mother -- Tracey Jones -- hopes for the same for her two boys.

“It's about my boys and it's about me wanting better for them,” Jones said.

“They're progressing in their education, top in their English classes and so forth, which they did not believe before that they had the ability to do so,” Wallace said.

The InZone Project is funded through donations. The documentary about it is called "In The Zone." It debuted earlier this month and is currently being screened across the country.