The Local School Council made it clear they are not satisfied with how Chicago Public Schools handled the investigations and faculty firings.

The Local School Council made it clear they are not satisfied with how Chicago Public Schools handled the investigations and faculty firings. They voted Thursday night 8 to 3 in favor to hire a lawyer to do an independent investigation.

The situation all started two weeks ago when CPS announced the removal of the interim principal and assistant principal. That sparked student protests and sit-ins, and some fights erupted in the hallways.

The assistant principal Michelle Brumfield allegedly suggested to a student assault victim that she may have “caused or invited the advances by the staff member.”

In tonight's meeting, the council did not share any details about the allegations, saying CPS told them the investigation details were supposed to be confidential. 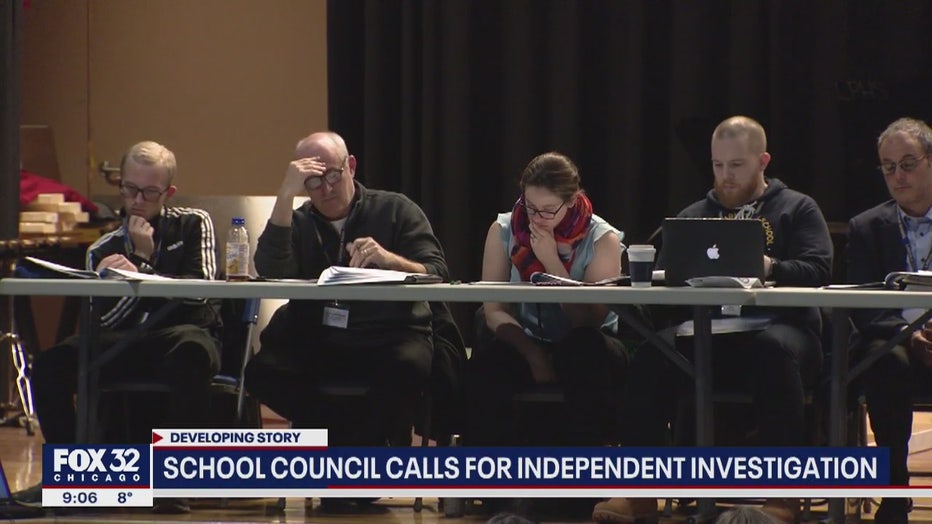 While one parent questioned the Local School Council's independent investigation, many of them stood by their council and the fired administrators.

The Local School Council went into a closed door meeting after the public portion tonight to further discuss how to move forward with the principal selection.

There has been a security increase of 7 to 10 more officers on campus.