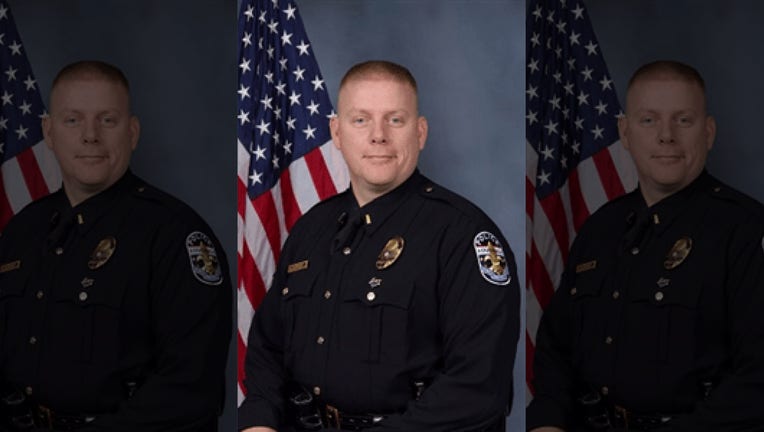 One of two Louisville, Ky., police officers who were shot during a night of unrest Wednesday appeared for roll call less than 24 hours after the attack.

Wearing a sweater and shorts, Maj. Aubrey Gregory was greeted with a round of applause from fellow officers as he entered a room where the roll call was being held. Gregory, commander of the Louisville Metro Police Department's Special Operation Division, was also leading the department's efforts during Wednesday's protest, interim police Chief Robert Schroeder said during a Thursday morning news briefing.

"We’re happy to share this short video of Majory Gregory [sic], walking in to one of our roll calls less than 24 hours after being shot," the department posted to its Facebook page.

The 21-year department veteran was shot in the hip during Wednesday's unrest over the lack of criminal charges in connection to the March 13 death of Breonna Taylor.

He is not back at full duty, the department said.

Another officer, Robinson Desrouches, was shot in the abdomen and was recovering from surgery.

The suspected shooter, identified as Larynzo Johnson, 26, was charged with two counts of assault in the first degree and 14 counts of wanton endangerment in connection with the shooting of police officers.

LINK: Get updates on this story from FOX News