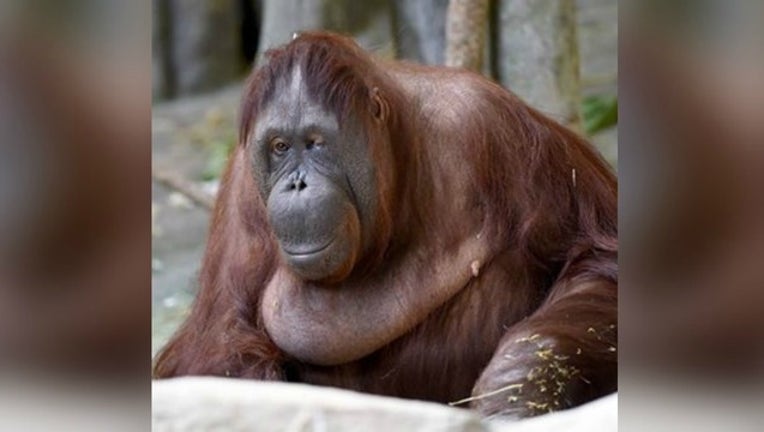 Maggie, who has lived at Brookfield Zoo since 1995, was euthanized after a series of degenerative health problems. | Brookfield Zoo

BROOKFIELD (Sun-Times Media Wire) - A 54-year-old orangutan at the Brookfield Zoo died Friday after a series of health problems.

Maggie, who lived at the zoo since 1995, was euthanized after showing “a gradual decline in her health, as degenerative changes associated with her advanced age began to severely impact her quality of life,” according to a statement on the zoo’s website. She was suffering from arthritis, heart disease, hypothyroidism and round cell sarcoma.

Maggie was born at the San Diego Zoo in 1961 and was “the oldest known female Bornean orangutan worldwide,” the zoo said. The primate staff members who cared for her described her as curious, intelligent and playful.

She gave birth to four offspring in San Diego and served as a surrogate mother for two infant orangutans at Brookfield Zoo, according to the statement. The most recent of these surrogates, Kecil, is now 2 1/2 years old.

Kecil will not be left alone after Maggie’s death, since zoo staff have recently begun initiating “play dates” between him and a 7 1/2-year-old female names Kekasih, according to the statement. They plan to introduce him to Kekasih’s mother, 35-year-old Sophia, soon.