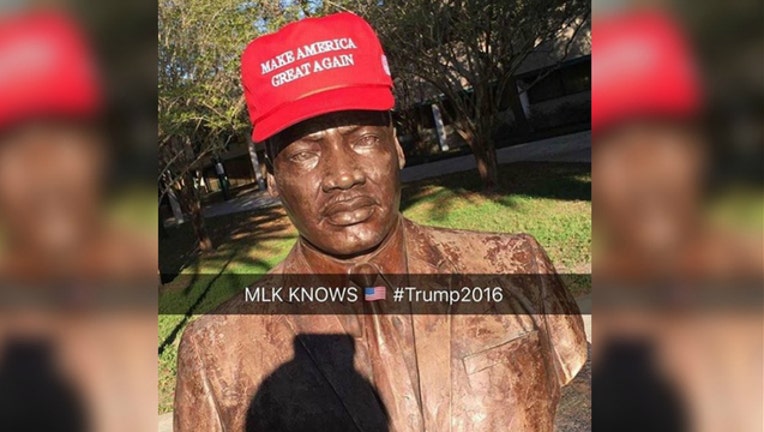 The bright red hat was placed on the statue, located on the University of South Florida campus, and the photo was uploaded to Instagram nearly a week ago with the caption "Pretty self explanatory," and a slew of pro-Trump hashtags.

Reactions on social media ranged from "disgusted," to others who insisted the photo was a harmless "joke."